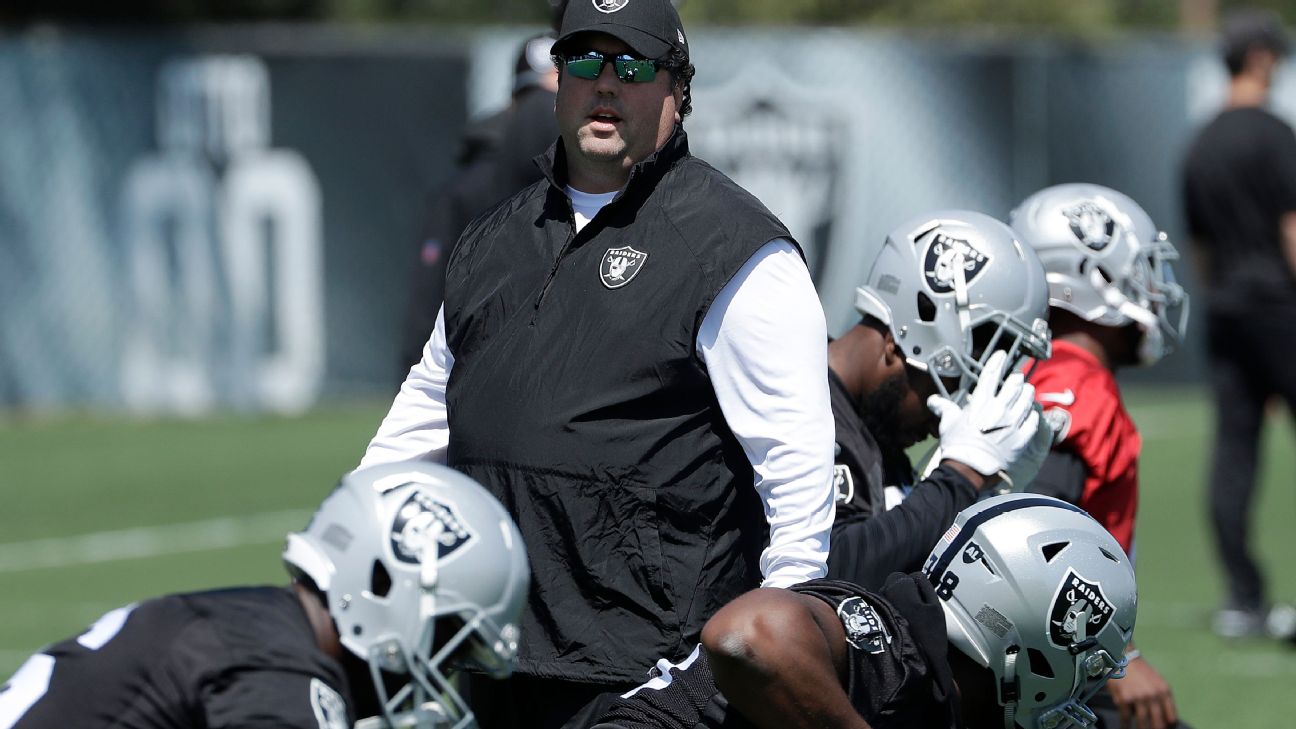 An incensed Guenther, who has been a father figure to Burfict from their days together with the Cincinnati Bengals, also said the Raiders did not know Burfict was one infraction away from being banned and that the team would be keeping tabs on the rest of the league to make sure other players are held to the same standard as Burfict for similar hits.

"I think it was a witch hunt from the beginning, quite honestly," Guenther said. "Somebody in the league didn't want him playing football and they got what they wanted.

"Does it make any sense to sign a guy that after one infraction, he's going to get thrown out of the league for a year? No, it doesn't. So, I think it's very unfair. It's unfair to our team. It's unfair to Vontaze."

Burfict, who has led the NFL with 23 personal fouls and 15 flags for unnecessary roughness since 2012 while getting fined $469,119 for on-field violations and forfeiting approximately $3.7 million in game checks due to suspensions and on-field violations, was initially flagged for unnecessary roughness for his hit on Indianapolis Colts tight end Jack Doyle's head in Week 4. After a review by the game official in New York, Burfict was ejected. A day later, the NFL announced it had suspended Burfict for the remainder of the season.

And while NFL vice president of football operations Jon Runyan wrote in his initial announcement of the suspension that Burfict, 29, had been warned repeatedly that "future violations would result in escalated accountability measures," Guenther was aghast.

"There's no standard, and that's the issue," Guenther said. "There's nothing [that says], 'Hey, next time you do this, you're gone for the year. Maybe your career.' I think that's unfair. You can warn a guy, but put that in writing -- the next time this happens, you're done. ... It's unfair to all the players around the league to not know.

"And now, they've opened a whole can of worms, as far as the next guy who's going to do it. So, we've got to make sure, if we're going to do it to this one guy, this one guy driving 38 mph in a 30 mph zone for the cop looking for one guy doing it, that all the players are held to the same standard. To me, that's where I have the issue."

"Obviously, you lose a great player, leader of the team, captain on the team, it's rough," Whitehead said. "It just sucks because I believe there's been a target on his back. Getting to know him and how he was trying to approach this year and be a different man and not be that same guy that people [have] known him for. It was a bang-bang play.

"OK, he has history and all that, but this whole season he hadn't had a penalty yet. You're talking about a guy that's helping guys up. He plays the game hard, but this year you just saw a difference in not getting into altercations and everything like he has in the past. Right there, that says growth."

Guenther was asked how Burfict, who signed a one-year contract with a base salary of $1.15 million this spring with the Raiders, was handling the suspension.

"How would you deal with it if you basically got your career taken away, like that?" Guenther said. "And not really know that that's what's going to happen. He may not play football again. And that's a tough thing. ... All of a sudden, it's done and, what team, now that they know the next infraction you're going to be done for the year, that's a tough pill to swallow, without knowing that was going to be the consequence. To me, that's not right."
Report a correction or typo
Related topics:
sportsespnnflvontaze burfictoakland raiders
Copyright © 2022 ESPN Internet Ventures. All rights reserved.
TOP STORIES
Where abortion stands nationally: State-by-state breakdown of laws
How does overturning Roe v. Wade affect IVF treatments?
SF Pride Parade and Celebration | Watch live Sunday on ABC7
What does Supreme Court decision on abortion rights mean for CA?
Planned Parenthood responds to SCOTUS decision: 'Do not lose hope'
Rep. Speier: SCOTUS abortion ruling is 'mandating pregnancy'
Biden vows to 'do all in my power' to protect abortion access
Show More
How personal data could be used to enforce anti-abortion laws
Suspect arrested following fatal Muni train shooting in SF: police
Supreme Court overturns Roe in landmark case on abortion rights
ABC7's new 24/7 live stream offers local news, weather
Swimmer injured in shark attack expected to make full recovery
More TOP STORIES News