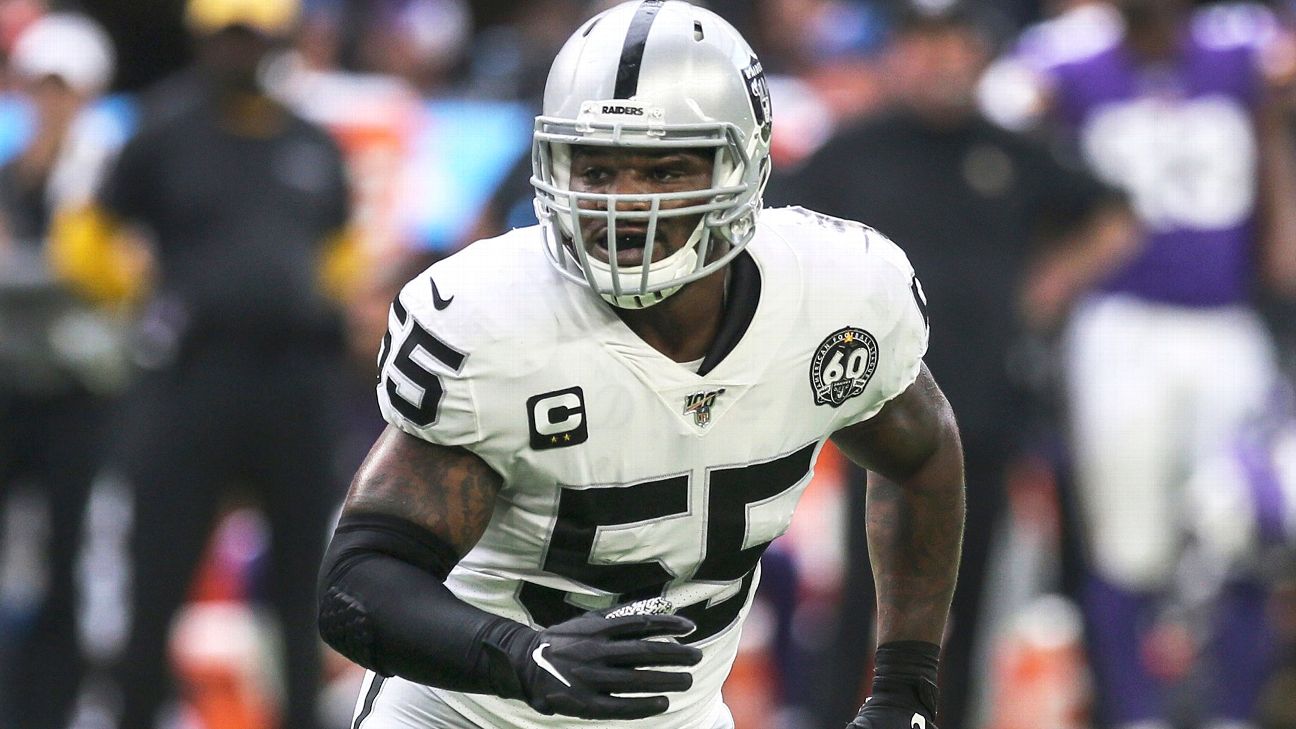 Oakland Raiders linebacker Vontaze Burfict's appeal of a season-long suspension for his helmet-to-helmet hit on Indianapolis Colts tight end Jack Doyle has been denied, meaning he will sit out the rest of the 2019 season.

The league announced appeals officer Derrick Brooks' decision on Wednesday.Brooks was appointed jointly by the NFL and the NFLPA.

Burfict was ejected in the second quarter of the Raiders' Week 4 31-24 win late last month. He was initially flagged for hitting Doyle in the head across the middle. But after the officials conferred, Burfict was thrown out.

The league said that Burfict will not be paid during the suspension, which covers the postseason as well. The league cited his repeated violations of unnecessary roughness rules in handing out the longest suspension ever for an on-field incident.

According to ESPN Stats & Information, the suspension will cost Burfict more than $1.1 million in salary and per game active roster bonuses.

NFL vice president of football operations Jon Runyan wrote a letter to Burfict explaining the decision when the suspension was announced on Sept. 30.

"There were no mitigating circumstances on this play," the letter said. "Your contact was unnecessary, flagrant and should have been avoided. For your actions, you were penalized and disqualified from the game. Following each of your previous rule violations, you were warned by me and each of the jointly-appointed officers that future violations would result in escalated accountability measures. However, you have continued to flagrantly abuse rules designated to protect yourself and your opponents from unnecessary risk."

While with the Cincinnati Bengals, Burfict had one suspension reduced from five games to three games in 2017 but was unable to get a reduction this time. His punishment is by far the biggest for an on-field play, topping the five games Tennessee's Albert Haynesworth got in 2006 for kicking and stomping onCowboyscenter Andre Gurode's face, leading to 30 stitches.

Burfict was repeatedly suspended by the NFL for egregious hits and violating its policy on performance-enhancers. He was fined regularly for hits that crossed the line, most notably the one to Antonio Brown's head that helped motivate theSteelersto rally for an 18-16 playoff win in the 2015 season. That led to a three-game suspension to start the 2016 season.

Burfict was also fined $112,000 last season for hits on Brown and James Conner in a game against Pittsburgh.

Brooks, who heard and ruled on the appeal, played for Raiders coach Jon Gruden in Tampa Bay and it was Brooks who ended quarterback Rich Gannon's career with a then-legal helmet-to-helmet hit in 2004.

Gruden was asked Tuesday if the Raiders would reach out to the NFL to "make a case" for Burfict in his appeal.

"Yes, we're going to try to do that," Gruden said at the time. "We're going to try to make our case. I respect the league's position. They have a tough job. At the same time, we have a lot of confidence that they'll do what's right. We want Burfict back. He's already been punished. We hope he can return to playing soon."

With Burfict out, Tahir Whitehead played middle linebacker as the defensive playcaller in London in the Raiders' defeat of the Chicago Bears, and Nicholas Morrow also saw extended time.

"They played every play," Gruden said Tuesday. "They didn't come off the field. They played great. That doesn't undermine that we miss Vontaze, his leadership and his experience, play making and all that stuff. Nick and Whitehead, they didn't come off the field the other night. They played every single play. Morrow had an interception. I think Whitehead did a great job of running the show. Those guys deserve credit."

Information from ESPN's Paul Gutierrez and The Associated Press was used in this report. 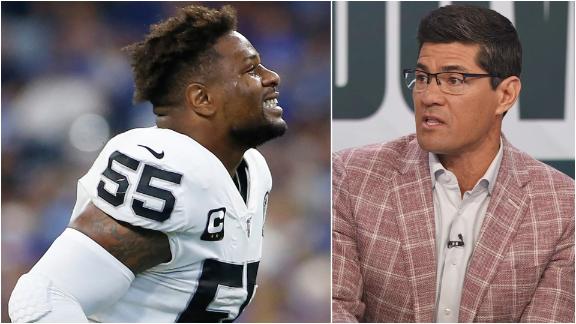