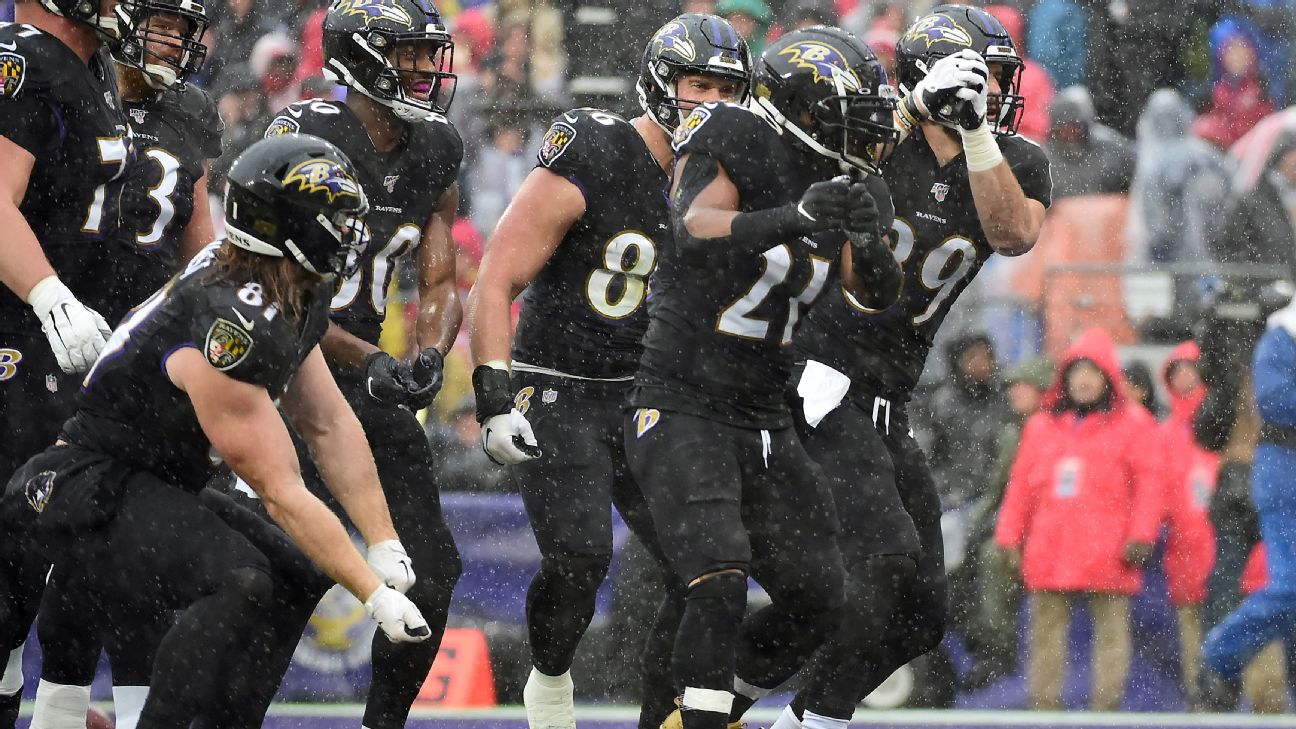 Andrews' 20-yard touchdown catch in the first quarter was the Ravens' 48th, their most ever in a season. Immediately afterward, Andrews ran to the back of the end zone and got teammates Mark Ingram and Hayden Hurst to reenact a plant-the-flag celebration.

This was in response to Bosa's similar celebration against Browns quarterback Baker Mayfield on Oct. 7. Bosa later said that was "payback."

This celebration dates back to Sept. 9, 2017, when Mayfield planted an Oklahoma flag at midfield of Ohio Stadium after a victory at Ohio State, where Bosa played.

"It was a little comeback," Andrews said. "'Bosa, Bosa,' it was one of those things, just like he said, 'Baker, Baker.' It is what it is. Just having fun out there."

Andrews, who also went to Oklahoma, is close friends with Mayfield and was in his wedding this year. This was Andrews' seventh touchdown catch this season, which ties the Ravens' season tight end record.

"You kind of talk bad about Oklahoma, you're going to get reprimanded," Andrews said.

Said Baltimore cornerback Jimmy Smith after his team held on for the 20-17 victory: "They can have fun doing that on the flight home." 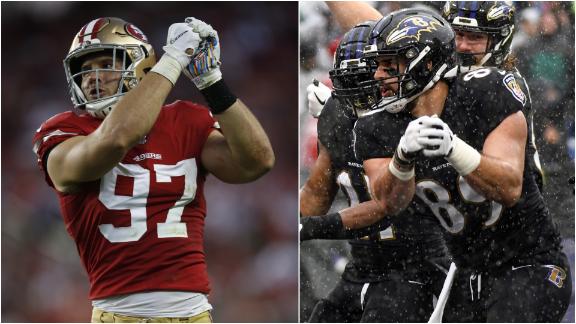 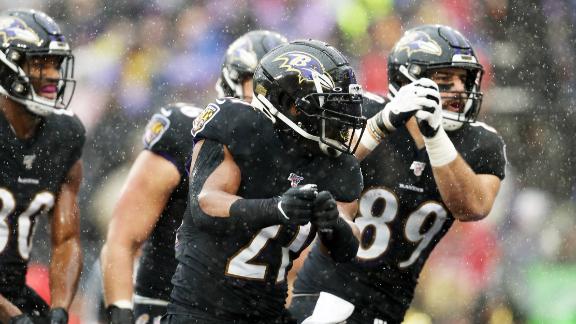 Andrews 'plants flag' after 20-yard TD
Mark Andrews claps back at Nick Bosa by pretending to plant a flag in reference to Bosa doing the same toward Baker Mayfield earlier in the season. 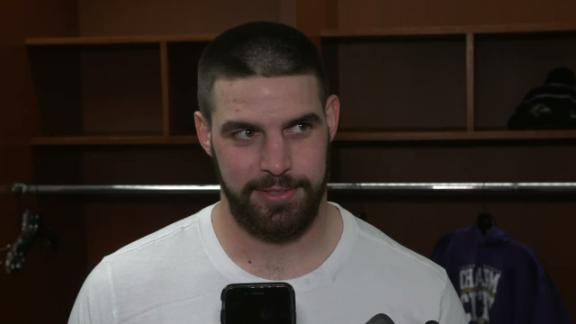