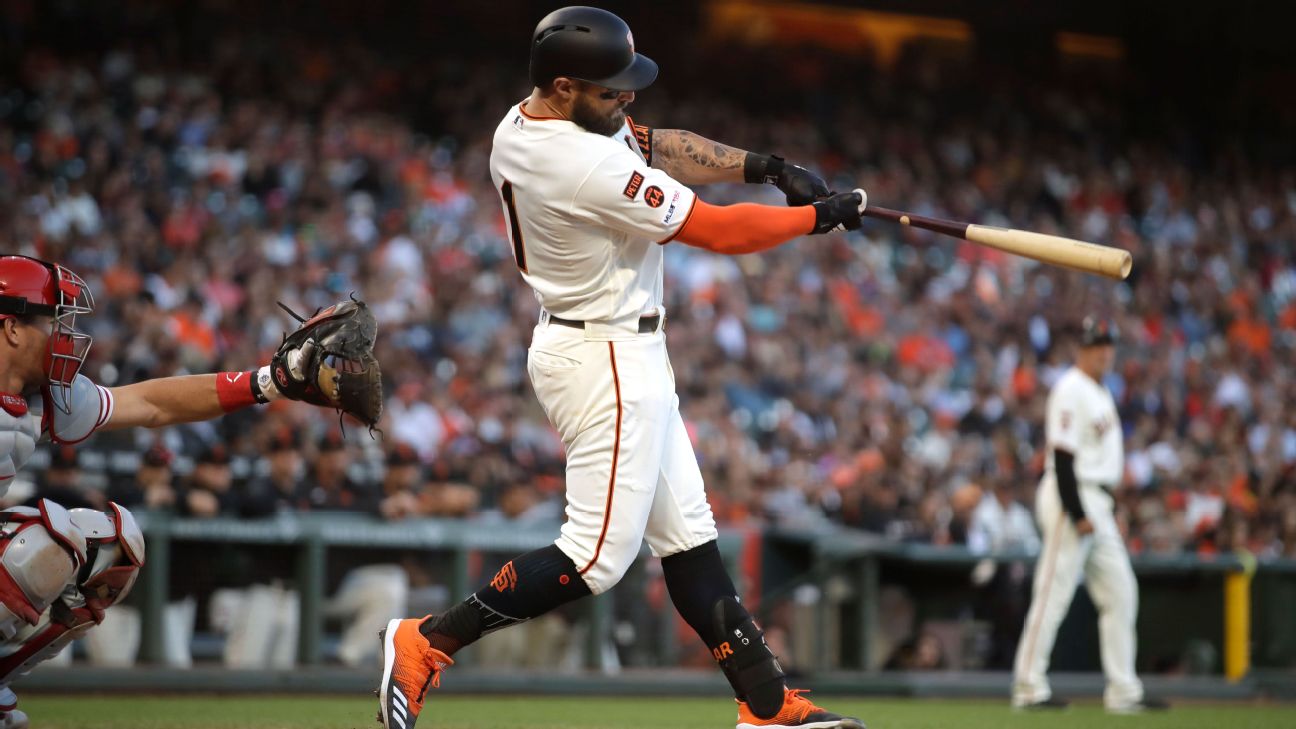 SAN FRANCISCO -- The Giants allowed Kevin Pillar to become a free agent by failing to offer the outfielder a 2020 contract on Monday, though they agreed to deals with outfielder Alex Dickerson, left-hander Wandy Peralta and second baseman Donovan Solano.

Acquired from Toronto on April 2, Pillar hit .264 for San Francisco with 21 homers and 87 RBI. He made $5.8 million and likely would have received a salary of around $10 million had the Giants offered a contract, which would have made him eligible for arbitration.

Dickerson, who agreed to a$925,000, one-year contract, played 68 games for the Giants and San Diego Padres last season, batting a career-best .276 having played parts of three major league seasons.

The Giants acquired Dickerson from their division rival last June. He made 33 starts in the outfield for San Francisco, 32 in left.