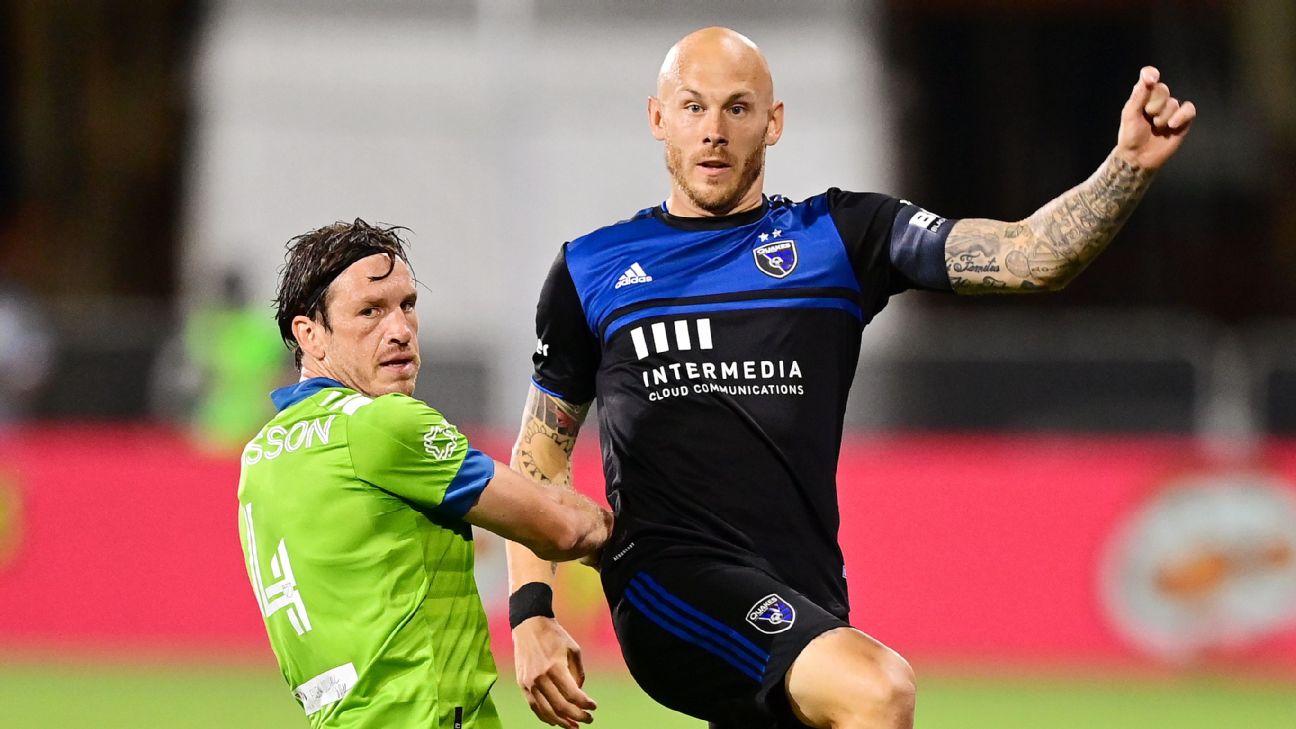 The defending MLS Cup champion Seattle Sounders and the San Jose Earthquakes played to a 0-0 draw Friday night in the opening match of Group B in the MLS is Back Tournament near Orlando.

Both teams participated in a brief Black Lives Matter display before the start of the match with players and coaches wearing Black Lives Matters T-shirts, and team captains featuring the letters BLM on their armbands.


- MLS is Back Tournament group standings

- Stream MLS Is Back LIVE on ESPN networks, ESPN app (U.S. only)

Players from both teams knelt before the opening kickoff, extending an arm in the air in support.

Goalkeepers Stefan Frei of Seattle and San Jose's Daniel Vega were in midseason form, despite this being the first match for both squads since early March, when Major League Soccer's regular season was suspended because of the novel coronavirus pandemic. Frei made eight saves and Vega had six.

Because of in-game injuries, substitutions and stoppages, the game lasted nearly 100 minutes in the heat of Orlando due to the referee's added time in the second half.

The teams, both 0-0-1 for one point, are tied atop the group, which has been reconfigured -- adding the Chicago Fire (originally Group A) as the fourth team alongside the Vancouver Whitecaps -- since two teams, FC Dallas (Group B) and Nashville SC (Group A), were forced to withdraw after several players tested positive COVID-19.

The Sounders and Fire will face off Tuesday, and the Earthquakes will play Vancouver next Wednesday. On July 19, Chicago will battle San Jose before Vancouver meets Seattle. Vancouver and Chicago are set to play July 23.


Vega's most crucial save came in the 84th minute, as Seattle forward Raul Ruidiaz was able to slip past the Earthquakes' defense. Vega made a strong move off his goal line and was able to smother Ruidiaz's shot from just inside the penalty spot.

Vega also made a diving stop on a 10-yard shot by Sounders midfielder Nicolas Lodeiro in the 81st minute.

Ruidiaz attempted a game-high five shots, with two on target. Vega also stopped Ruidiaz's 35-yard attempt in the first half. Seattle's Cristian Roldan put all three of his shots on target.

San Jose forward Chris Wondolowski, the league's all-time leading scorer, came on as a substitute in the 75th minute and put two shots on net. Teammate Valeri Qazaishvili was stopped three times by Frei, and Cristian Espinoza was stopped twice.

Both teams were whistled for 10 fouls and each received one yellow card, to San Jose's Tommy Thompson and Seattle's Xavier Arreaga.

The Earthquakes' winless streak against the Sounders was extended to 10 matches (0-5-5) since June 2015. 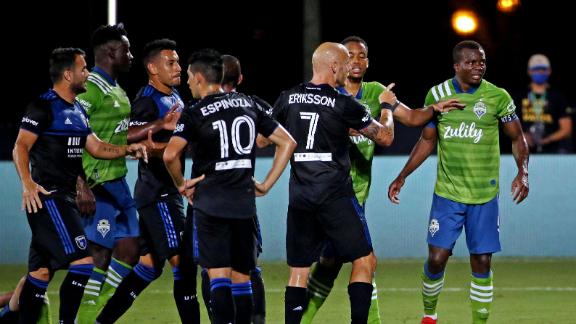