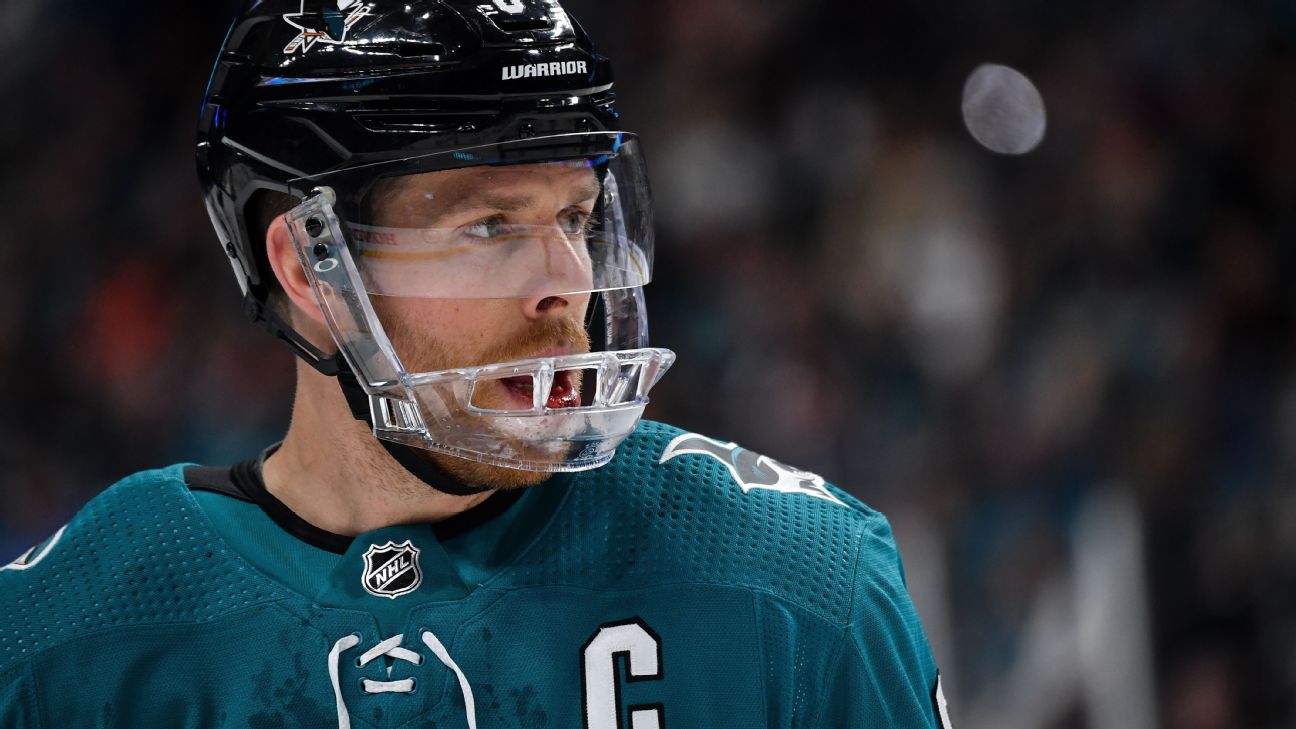 SAN JOSE, Calif. --Joe Pavelski's face was numb, but his spirits were high. The Sharks' captain opened the scoring in Game 1 of San Jose's series against the Vegas Golden Knightswitha goal that sparked the Sharks to an emphatic 5-2 victory on Wednesday night. But with the goal came some self-sacrifice -- namely a few of Pavelski's teeth, as a Brent Burns shot bounced off his jaw and behind goalie Marc-Andre Fleury.

"I feel all right," said Pavelski after the game, his chin and bottom lip swelled over, blood visible on his bottom row of teeth. "But enough with the dental questions."

At 14:42 of the first period, Pavelski was in his usual spot in front of the opponent's crease.

Was this the most painful goal Pavelski ever scored?

Pavelski knew he had lost a few teeth as he skated off to the Sharks' trainers room, the crowd cheering loudly for the goal he scored off his face. He would enter the NHL's concussion protocol and have his wounds stitched up, but Pavelski was never worried about having to leave the game.

He missed the first moments of the second period but skated back out wearing a large, plastic chin guard on his helmet. It might have seemed like an emotional moment from the outside, but his teammates expected nothing less.

"We were pretty confident that he shakes off those kinds of things. He's a leader. He does everything for the team," Sharks forward Timo Meiersaid.

Nor did the Sharks believe Pavelski would shy away from going right back to the front of the net.

"It takes some balls to get in the paint again," Sharks forward Evander Kanesaid.

Pavelski took regular shifts in skating 16:52 for the game, helping the Sharks take a 1-0 series lead.

"Tough as nails," coach Peter DeBoer said. "You take a puck to the face like that. Doesn't go down. There's no other word for it. He's a warrior."

The warrior was due to become the patient either Wednesday night or Thursday morning, to get his teeth fixed and to ensure his jaw was in good shape. Whatever the damage, it was worth it.

"We like to play this game. It's playoff season," Pavelski said. "We want to play some playoff hockey. Something like that happens early and you just want to get back out there as soon as you can.

"We earned that one. And that's a good feeling." 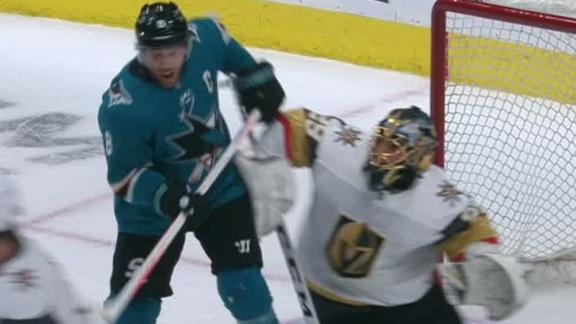