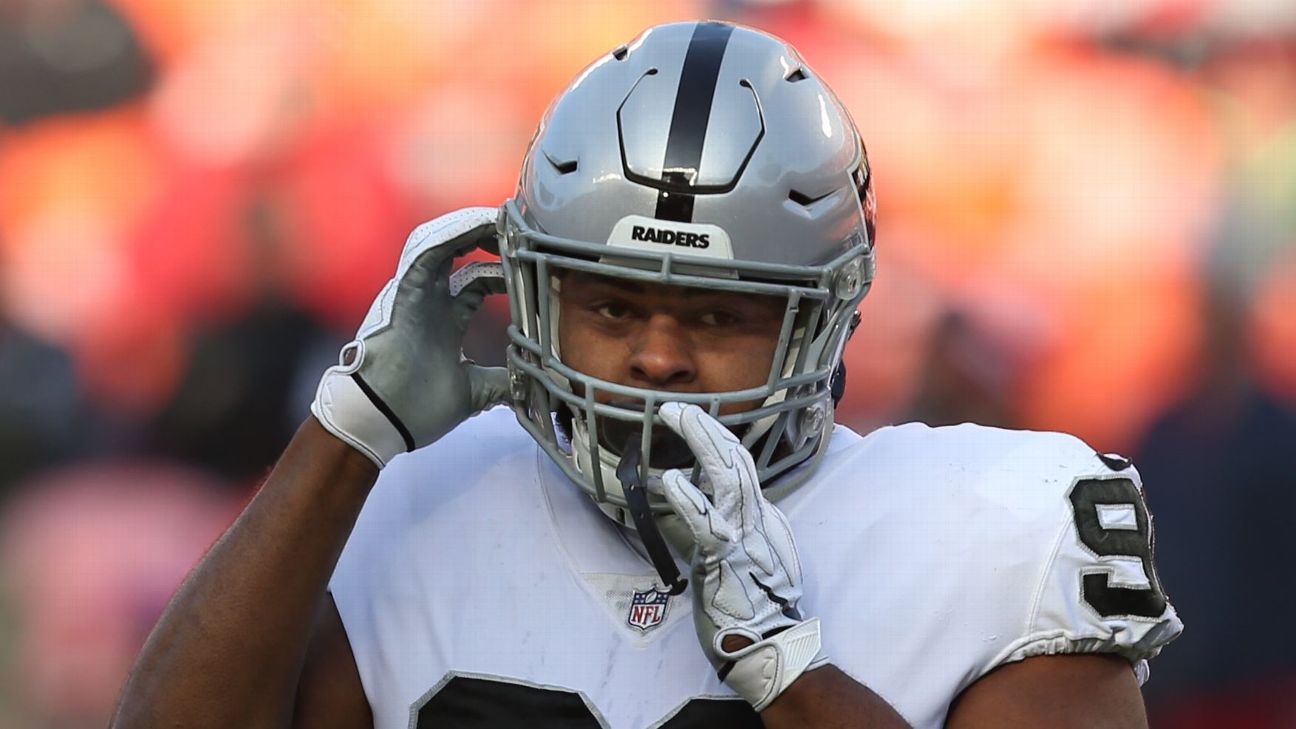 The Oakland Raiders have agreed to a two-year contract with defensive tackle Johnathan Hankins, a source told ESPN's Adam Schefter.

Hankins, who turns 27 on March 30, started 14 of the 15 games in which he played after joining the Raiders following Justin Ellis' foot injury in the 2018 season opener.

While he was not a pass-rushing threat, Hankins did help against the run and was more than opportunistic in recovering two fumbles in Oakland's unlikely 45-42 overtime victory vs. the Cleveland Browns in Week 4.

Hankins, who started 15 games for the Indianapolis Colts in 2017, led Oakland's defensive tackles with 36 tackles, including 21 solo.

The 2013 second-round pick, who also played four seasons with the New York Giants, has 220 tackles, 12 sacks, three forced fumbles, two fumble recoveries and a blocked kick during his career.