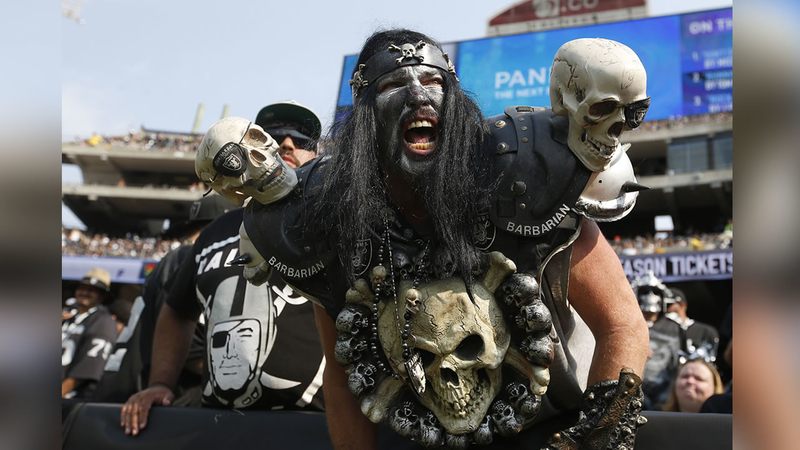 OAKLAND, Calif. (KGO) -- The Antonio Brown saga may have led Raiders fans to drown their sorrows a bit, but if you believe a new survey, they probably would have been drinking anyway.

Alcohol.org identified Raider Nation and supporters of the New Orleans Saints as the NFL fan bases that consume the most alcohol.

RELATED: Brown or no Brown, Raiders faithful got the MNF send-off they deserved

According to the survey, Raiders and Saints fans average 4.5 drinks on a typical game day. That's one more than the league average.

Turns out though, game day isn't much different than any other day for Raider nation.

On "off days," Raiders fans consume four drinks, which is nearly twice the league average.