The story of P.J. Fleck's one moment of NFL glory with the San Francisco 49ers 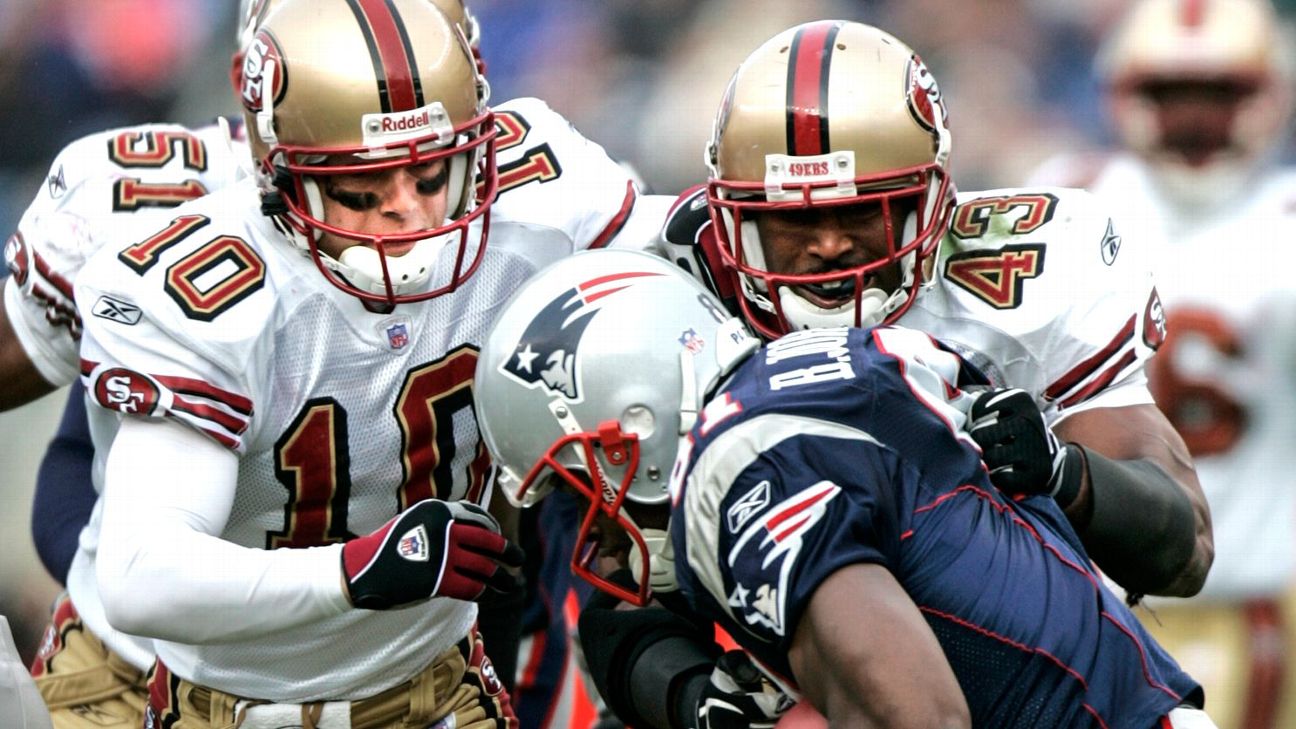 If, for some reason, someone wanted to put together a list of the most insignificant San Francisco 49ers games over the past 40 years, the team's loss at New England to close out the 2004 season would be a strong candidate to top the list.

The 49ers already had clinched the league's worst record -- and the No. 1 overall pick in the 2005 draft -- in what spelled the end of coach Dennis Erickson's two-year stint. New England, which went on to win its second Super Bowl, was locked into the No. 2 seed in the AFC playoffs, so coming out healthy was its primary concern.

It was a game that, essentially, didn't matter.

Just don't tell that to Minnesota Golden Gophers coach P.J. Fleck, who before breaking out as one of college football's most impressive young coaches, lived a brief, improbable dream.

Despite a standout career as a receiver at Northern Illinois, it wasn't a surprise when Fleck wasn't selected in the 2004 NFL draft. When it was over, he had two free-agent opportunities: with the Atlanta Falcons or the 49ers. He took a $1,000 signing bonus and headed west, knowing the odds weren't in his favor.

"He just played hard. He caught everything that was thrown at him," Erickson said. "He obviously wasn't the biggest guy in the world, but here's a guy that we felt would be great for us as a free agent. So, we signed [him] and that was all true. He was a warrior. He was like an energy bunny. That's how he played and that's how he practiced."

Fleck didn't see the logic in any other type of approach.

"When you're an undrafted free agent, you're a 5-10 guy that's not very fast, I mean, the chances of you making the football team probably aren't very high," he said. "But I found a way to stick around my first year on the practice squad."

Fleck treated every day like a tryout. He learned every receiver position. He battled through injuries to stay useful. His relentless energy and positivity -- traits that have come to define him as a coach -- left a lasting impression on those around him.

"I remember watching Minnesota play and everybody talking about his energy, how he's this upbeat type of person. Could it be real?" said Curtis Conway, a 12-year NFL vet who finished his career with the 49ers in 2004. "I'm like, 'Yeah, he was like that as a rookie. Exactly the same.'

Added quarterback Ken Dorsey: "He went the same speed all the time. For me, it was always an easy decision to throw to him [in practice]."

The week of the Patriots game, Erickson and special teams coordinator Larry Mac Duff gave Fleck the news he was hoping for all year: He was being elevated to the 53-man roster and would travel with the team. That didn't guarantee he would be active for the game, but the possibility was real for the first time. Fleck didn't get the official word he would suit up until pregame, when Mac Duff let him know on the field.

The moment Fleck recalls most vividly was the opening kickoff.

"It was great. Tedy Bruschi tried to block me -- and he probably would have blocked me 99 out of 100 times -- but that one time I found a way to shed the block and go make a play. So it was kind of like your one shining moment as an NFL player, which wasn't a lot, but it was enough to be able to say you played on Sunday."

On offense, Fleck lined up in the slot and found himself being covered by Patriots star Troy Brown, who played on both sides of the ball that season. Fleck estimates he was on the field for about 30 snaps, but didn't make a catch.

"I would have loved to get him one at the end of the game," Dorsey said. "I tried to throw it downfield, we were down, but unfortunately I wasn't able to get him."

Late in the third quarter, Mac Duff made sure the ball would get in Fleck's hands, at least once, when he sent him on the field to return a punt. Wearing No. 10, Fleck caught the short punt, took it about 10 yards into a wall of bodies, and that was that.

It was the only time Fleck would touch the ball in his NFL career.

After making the team again the next year, this time under coach Mike Nolan, Fleck was sidelined for the season with a shoulder injury. He was cut the following year.

Though his tenure with the 49ers was brief, Fleck said he has managed to stay close to the organization thanks to relationships with John and Jed York and the rest of the York family, which owns the team.

"I actually just got a chance to talk with John York this week," Fleck said Monday. "They've always been so good to me. After big [Gophers] wins, they'll send me a text here and there just congratulating us and the team.

"That means a lot. I think that shows a lot about what the York family is all about, how much they care not just about the 49er family right now, but the players who came before. And not just the legendary players, the people that played just one play."

This week, as the 49ers prepare for their seventh Super Bowl appearance, Fleck said his brief tenure with the organization was instrumental in shaping him as a coach. Part of the reason he coaches with a tie on the sideline is because of the impact Nolan had on him in their brief time together.

"I'm sentimental like that and I know that I wouldn't be here if it wasn't for some of those people," he said. "And I probably wouldn't be a head football coach in the Big Ten if it wasn't for Dennis Erickson taking a chance on me or Mike Nolan keeping me around or John York treating me the way that he did. They didn't have to do that.

"I wouldn't be where I am without the organization. I think that says a lot of about the tradition of the 49ers." 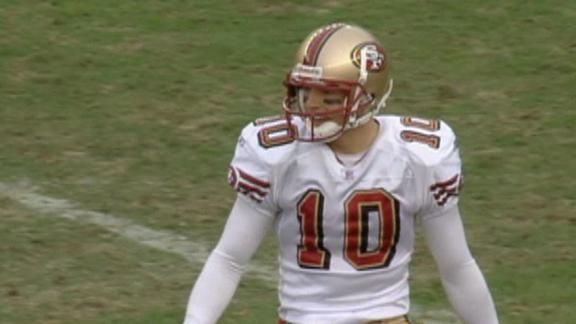