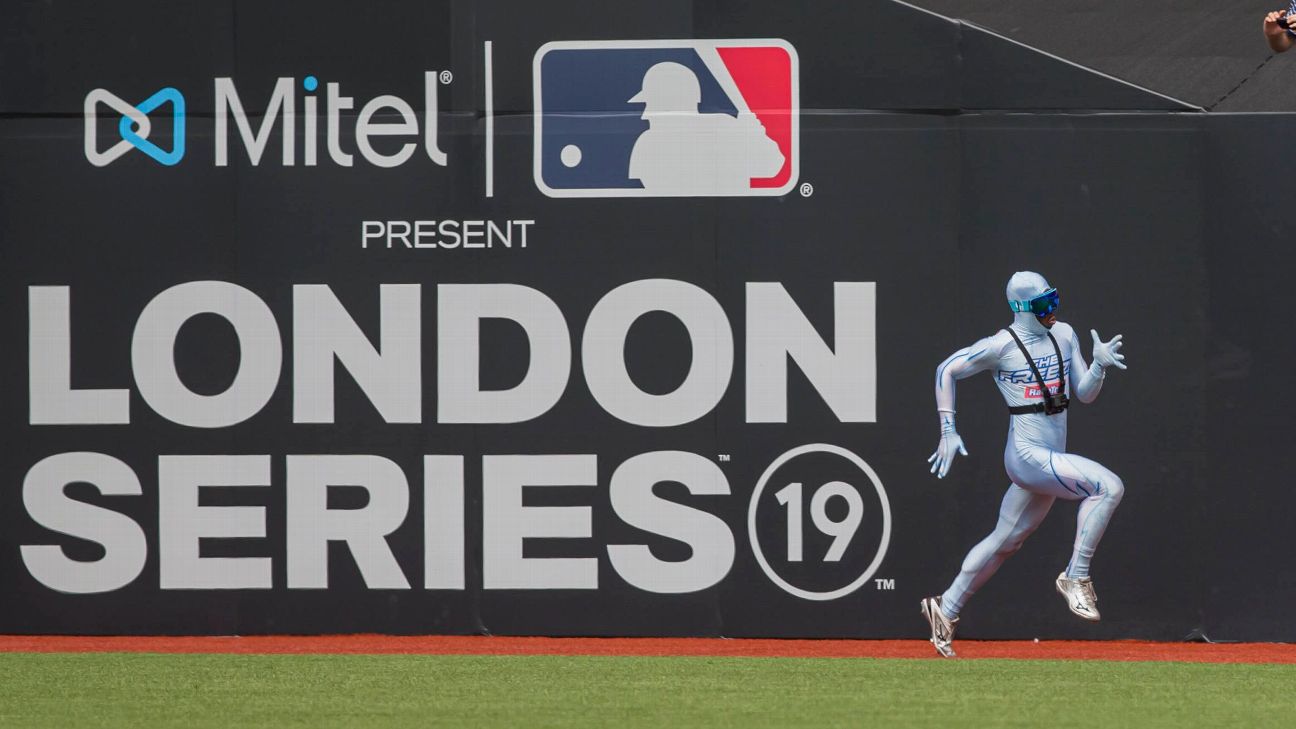 Good news if you're a Tigers, Orioles, Mariners or Royals fan: You can start prepping for 2020! MLB released its 2020 schedule and here are some key dates to know.

Opening Day, March 26: All 30 teams will open up on a Thursday in late March. At least MLB did a better job of avoiding most of the northern cold-weather cities, but bring your gloves and parkas if you're in Cleveland, Baltimore or New York. Top games to watch:

Giants at Dodgers: Will Madison Bumgarner take the mound for the Giants?

Cubs at Brewers: Will Joe Maddon be back as Cubs manager?

Nationals at Mets: The Mets begin defense of their World Series title.

Opening road trips: Last year in this space I mentioned the Red Sox starting the season with an 11-game road trip, something you don't usually see. That proved to be a big deal as the Red Sox started 3-8 and have spent all season trying to recover from that bad start. No team is stuck with an 11-game trip this year to start the year, but there are several seven-game trips to begin the season: Red Sox (at Blue Jays, Orioles); Angels (at Astros, Rangers); Twins (at A's, Mariners); Rockies (at Padres, Dodgers); Braves (at Diamondbacks, Padres); Phillies (at Marlins, Mets).

Interleague play: The primary cross-league series in 2020 will feature the NL West versus the AL Central (good for the NL West), NL East versus AL West, and NL Central versus AL East. So that's 'good' news for the Mariners -- even more miles to travel than normal!

Puerto Rico series, April 28-30 (Mets versus Marlins): The three-game series at Hiram Bithorn Stadium will be the first in Puerto Rico since the Indians and Twins played two games there in 2018. That series brought Francisco Lindor and Jose Berrios back to their home island, while this one will bring Edwin Diaz, one of 23 players born in Puerto Rico who have played in the majors so far in 2019.

Red Sox at Yankees, May 8-10: The first meeting of 19 games between the AL East rivals. The teams will play their final series against each other at Yankee Stadium on Sept. 8-10.

Yankees at Astros, May 15-17: This could be a rematch of the 2019 ALCS. Will Gerrit Cole be in the Astros rotation or will the free agent sign a big contract with another team in the offseason?

"I'd like a warm beer and some bangers and mash, please": We're back in jolly old England for the second year in a row as the Cardinals and Cubs head to London for two games on June 13 and 14. By all accounts, the two-game Red Sox-Yankees series this year was a huge success (unless you were a pitcher for the Red Sox or Yankees). Once again, the games will be played at the former Olympic Stadium, now home to the West Ham football club.

All-Star Game at Dodger Stadium on July 14: The last All-Star Game at Dodger Stadium was so long ago (1980) that Ken Griffey SENIOR was the MVP of the game. All-Stars that year included Ken Reitz, Bucky Dent, John Stearns, Ken Landreaux, Jorge Orta, Tom Burgmeier, Ed Farmer, Jim Bibby and Pete Rose (umm, a first baseman who played all 162 games that year and hit one home run). Of course, the Phillies won the World Series that year anyway. It was a different game.

Brewers at Dodgers, July 20-22: The first showdown of the season between Cody Bellinger and Christian Yelich, currently locked up in a historic MVP duel.

Tigers at Rays, July 24: Wait, the Tigers will be playing a big game in July? No. This will be the debut for Rays wunderkind Wander Franco (predicted).

A's at Astros, July 27-29: Believe it or not, this is the final meeting between the two clubs. How can you not have teams from the same division playing each other in August and September? So all 19 meetings will come before the trade deadline. Ridiculous.

Field of Dreams game, Aug. 13 at Dyersville, Iowa (Yankees versus White Sox): Is "Field of Dreams" a classic movie? It has an 86 percent score on Rotten Tomatoes although a less enthusiastic 57 percent on Metacritic. It has many obvious flaws. Why does Kevin Costner buy just one bag of corn seed at the grain store? Why would a 2-acre baseball field cut out of a large farm of presumably hundreds of acres cause Kevin Costner's family to lose the farm? Why can't Costner's dad, who has like one line of dialogue, properly throw a baseball? They couldn't find an actor who could throw?

I haven't watched the movie in a couple decades, so I'm not sure how it holds up compared to certain classics like "Bull Durham" or "The Bad News Bears" (the original one with Walter Matthau, when the kids drink beer and swear). I know many people who say "Field of Dreams" is their favorite baseball movie. Maybe it is the best baseball movie ever, fathers and sons and heaven and James Earl Jones' speech and all that.

What I do know is that this game, played on a Thursday night with a temporary 8,000-seat ballpark, will generate a lot of buzz -- it already has, as even non-baseball sites were tweeting and writing about it when the game was announced a few days ago. I just hope they make the players wear baggy wool uniforms, use one ball the entire game, give Costner an at-bat (he'd probably homer for the Yankees) and make the spitball legal for the day. Oh, and good luck getting tickets.

Little League Classic, Aug. 23, at Williamsport, Pa. (Red Sox versus Orioles): This will be the fourth iteration of this now annual contest, one of the highlights of the season. The major leaguers will attend a Little League World Series game earlier in the day before playing the Sunday night contest. Now that we'll have games in London, Puerto Rico, Iowa and Williamsport (plus games in the past in Japan, Australia and Mexico), where else could MLB play regular-season games? I recommend Paris, Prague, Vienna, Amsterdam, Florence and Berlin and happily volunteer to cover.

The Reds' September schedule: Don't overlook the Reds as 2020 contenders with Luis Castillo, Trevor Bauer and Sonny Gray heading the rotation and the great Aristides Aquino ready to bash 50 home runs. The Reds have a quirky final month: Orioles, at Cubs, at Brewers, at Giants, Red Sox, Cardinals, at Marlins, at Pirates. So they see some division rivals, two AL East teams and end with two teams who could be terrible.

Twins at Indians, Sept. 8-10: The final series of the season between the AL Central powers, who look like they're battling down to the wire this year.

Season-ending series, Sept. 25-27: I'm not Nostradamus, but these look like the big series to potentially watch the final weekend of the season: Astros at Braves (World Series preview?); Rays at Yankees; Cardinals at Cubs; Phillies at Nationals; Dodgers at Padres (Fernando Tatis Jr. clinches MVP honors with four home runs over the weekend as the Padres shock the Dodgers to win the NL West and break L.A.'s streak of seven straight division titles). 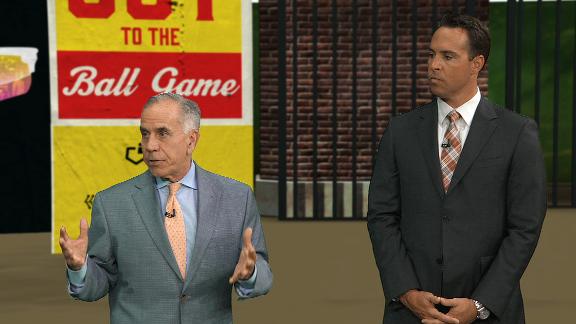