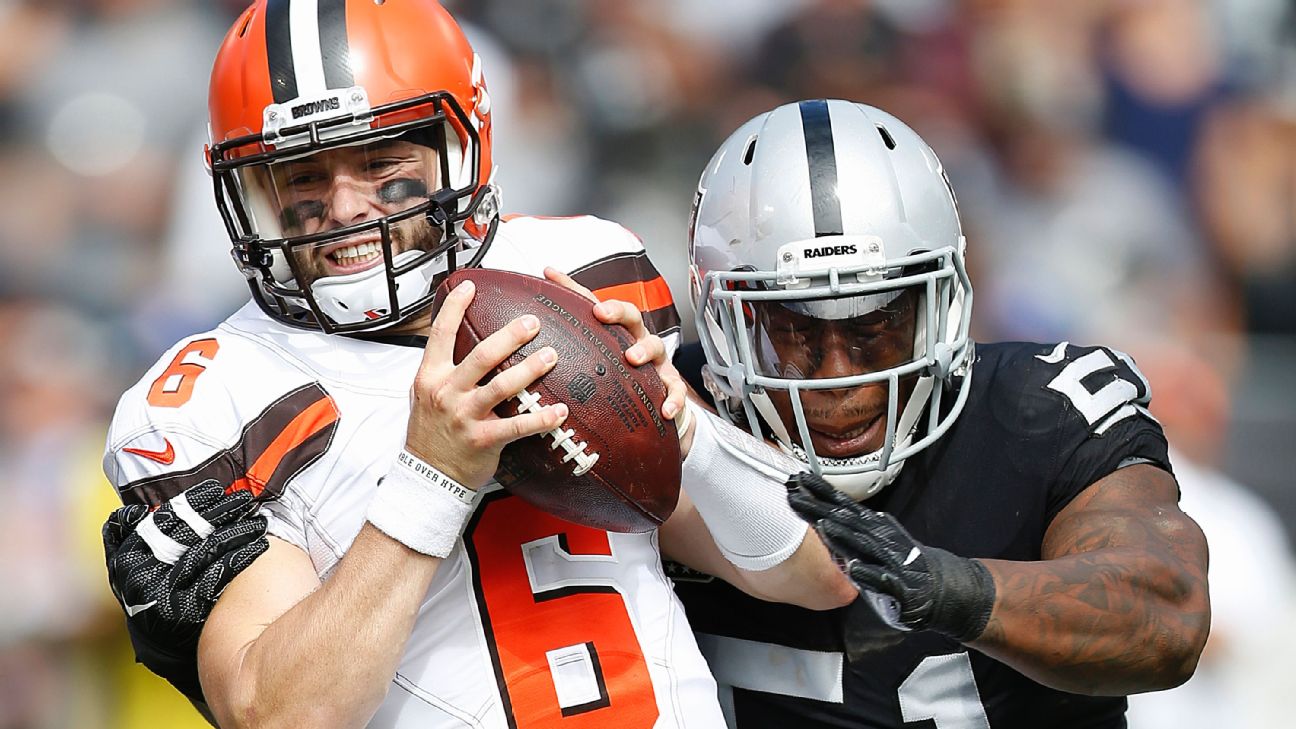 The Browns led 28-14 in the third quarter and 42-34 with just more than a minute left. It was a game the Browns felt they should have won.

"Absolutely," Mayfield said. "When you make that many mistakes, though, it's not gonna happen."

One interception, though, came on a bad break by receiver Antonio Callaway, the other when Mayfield flung a deep pass in the final seconds desperately trying to avoid overtime.

He fumbled once when sacked, and a second time when he and JC Tretter mixed up the snap.

Mayfield did throw touchdowns passes on perfect throws to Darren Fells for 49 yards and on a 2-yard fade to Jarvis Landry. He set up another in the fourth quarter with a 59-yard strike to Callaway.

But he lamented his errors.

The Browns lost despite their highest scoring output since the second week of the 2007 season -- a game Derek Anderson was named starter and scored 51 points.

This loss also came after it appeared the Browns had secured the win by running for a first down with 1:41 left. But officials reviewed the call and determined Carlos Hyde was short, which forced a punt that led to Carr's game-tying drive.

"It had to be a heck of a review to turn that over on third down and short," Mayfield said. "But any time you put it in somebody else's hands, it's not always gonna turn out your way."

In his first start, Mayfield was 21-for-41 for 295 yards, with two touchdowns and two interceptions. He missed his third touchdown pass by 1 yard as Callaway was just pushed out of bounds at the end of the 59-yard play. That would have made Mayfield the first quarterback taken first overall to throw three touchdown passes in his first NFL start.