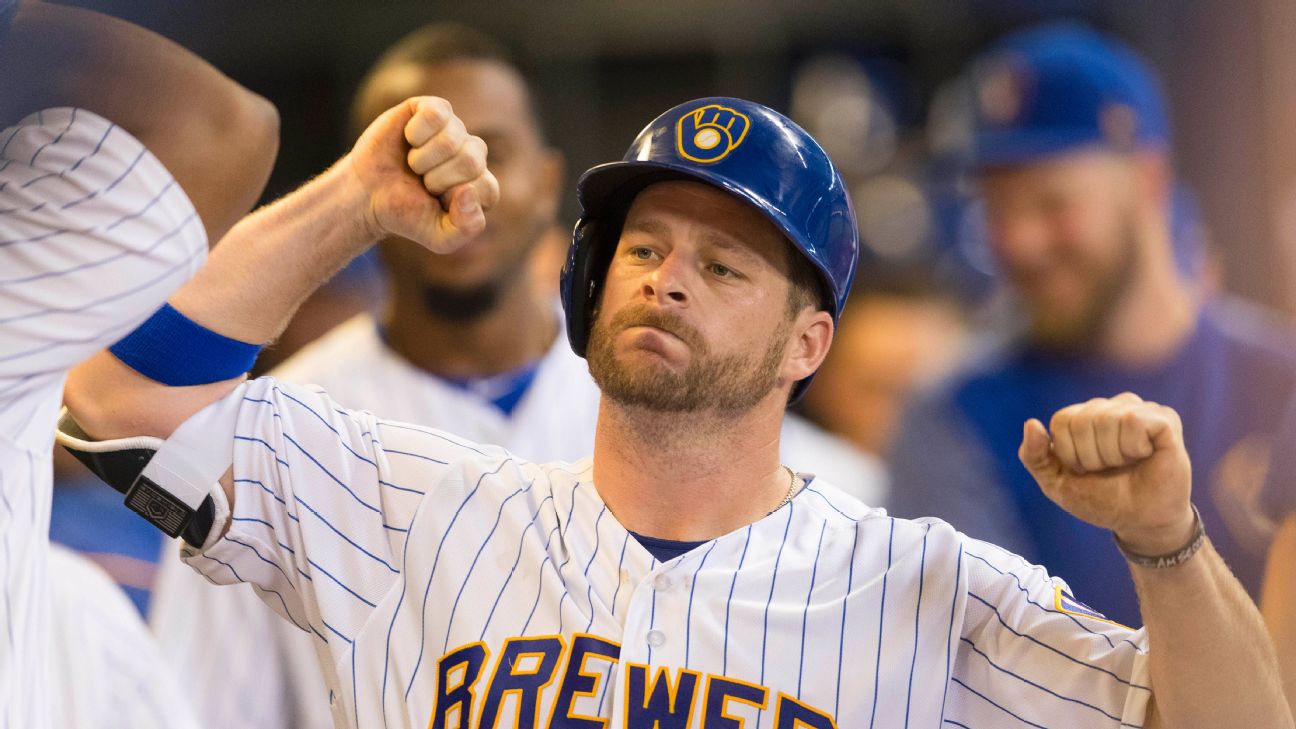 Catcher Stephen Vogt completed his long road back to the major leagues Wednesday after the San Francisco Giants selected his contract from Triple-A Sacramento.

The 34-year-old was available off the bench Wednesday night against theLos Angeles Dodgersbut he did not play.

"I feel super emotional and proud to be going back. A long year and a lot of hard work," Vogt said.

Working to bounce back from shoulder surgery that cut his 2018 season short, Vogt signed a minor league contract with the Giants before spring training and hit .241 with four homers and seven RBIs at Sacramento.

A California native, Vogt had surgery on his troublesome right shoulder in May of last year and didn't play for the Milwaukee Brewers at all last season. He is a career .251 hitter with 57 homers and 218 RBIs through parts of six major league seasons.

In other moves, reliever Ty Blach was optioned to Sacramento and just-suspended minor league pitcher Logan Webb was moved to the restricted list.

Vogt played for Oakland from 2013 through part of '17, when the A's designated the fan favorite for assignment in June that year. Vogt was so likable he drew chants of "I believe in Stephen Vogt!"

A rookie and playoff first-timer in October 2013, Vogt delivered a game-ending hit against Detroit in the best-of-five division series. He had left the Tampa Bay organization for the Bay Area on April 5 that season, traded back home to his native California, only a couple of hours from where he grew up and still lived in Visalia.

Vogt was a minor league journeyman who made it to the major leagues at last at age 28. He needed 33 at-bats to finally get his first big league hit, a home run against St. Louis' Joe Kelly on June 28, 2013. Rewind to that spring, and Vogt spent six days in Durham, North Carolina, wondering about his baseball future. He didn't make the Rays' opening-day roster and figured to start the season there at Triple-A. Then, Oakland acquired him.