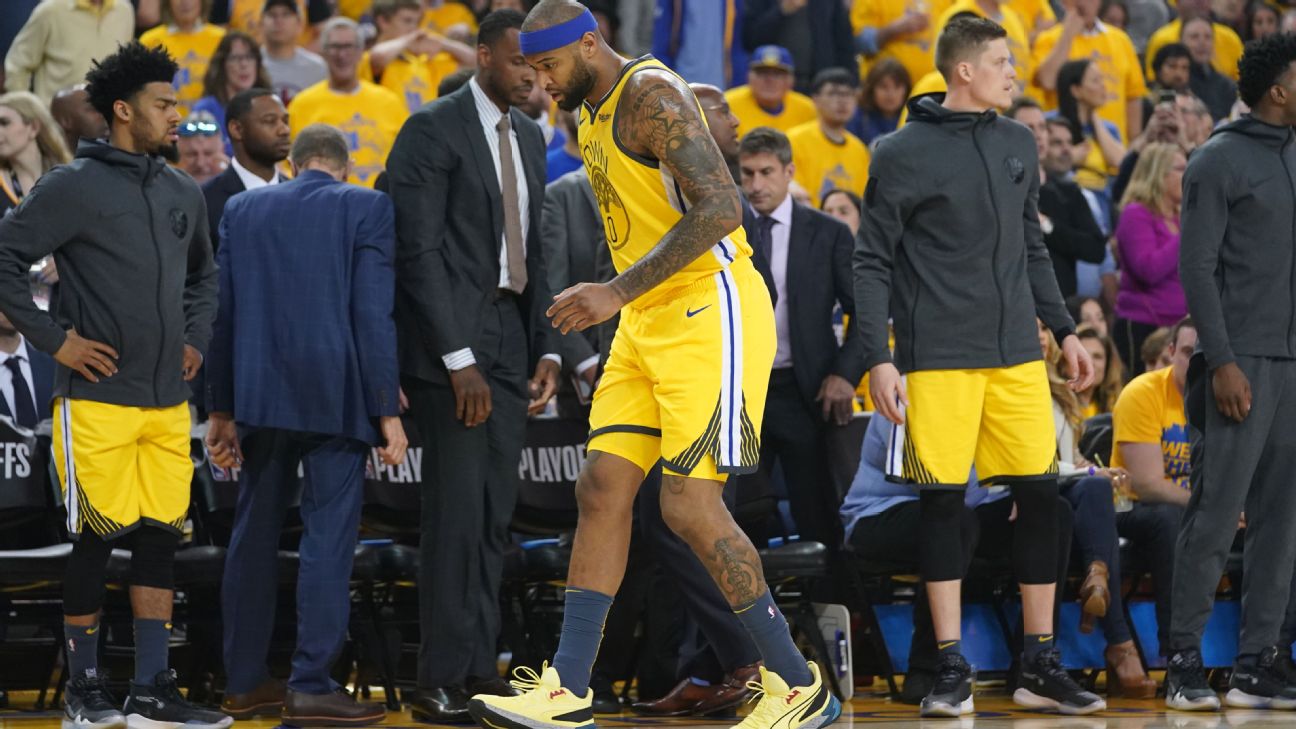 The Golden State Warriors are fearful that All-Star center DeMarcus Cousins has suffered a torn left quad but won't be certain until an MRI on Tuesday, league sources told ESPN.

The best-case scenario could be a strained quad, but there was evidence that Cousins' noncontact injury, which occurred while he was pursuing a loose ball in Monday's 135-131 Game 2 loss to the LA Clippers, was serious and season-ending, league sources said.

"There's a pretty significant quad injury," Warriors coach Steve Kerr said after the game. "We'll get an MRI [on Tuesday], but he's going to be out for -- I'll just say a while because I think it's unclear right now how long he'll be out. It's significant."

Cousins missed almost a full year of play with a torn left Achilles suffered last season in New Orleans. He signed a one-year deal with the Warriors, expecting that a healthy return to play would catapult him back into the free-agent market this summer.

Cousins had shown steady progress and glimpses of his All-NBA self before Monday's injury, but now he could be facing several more months of rehab on the quad. The injury occurred with 8 minutes, 30 seconds left in the first quarter after Cousins knocked away a pass from Clippers forward Danilo Gallinari. As he tried to chase down the ball, he fell to the floor before he could control the ball.

He tried to get up and keep going, but once he rose to his feet, he immediately called to be taken out of the game. He then gingerly made his way back to the Warriors' locker room with team medical personnel.

Cousins' injury left the Warriors' locker room stunned. After all the hard work the former All-Star put into getting back on the floor, his teammates couldn't believe he faced the possibility of being done for the postseason.

"It's tough, for sure," Warriors guard Stephen Curry said. "You feel for him considering what he's been through this last year. This is a big stage, the playoffs. He's been looking forward to this. I don't know the extent of the injury at this point. Hope he gets back sooner than later. Just man-to-man in terms of him, what he's been through, it's tough for sure. There's no sugarcoating it at all. You hate seeing that opportunity again on this big stage taken away from him like that."

With Cousins potentially lost for the season, it will be up to veteran Andrew Bogut and Kevon Looney to pick up even more slack for the rest of the Warriors' playoff run.

"Obviously there will be more minutes," Bogut said. "It'll still be matchup-dependent, but I anticipate probably starting games, playing the first three or four minutes and then coming out. Hopefully it's not too serious. It didn't look good. Not going to make any guesses because we're not doctors. Hopefully we'll get a good result [Tuesday] once he gets to the machine."

With the win, the Clippers evened the first-round playoff series at one game apiece. Game 3 is Thursday night in Los Angeles. 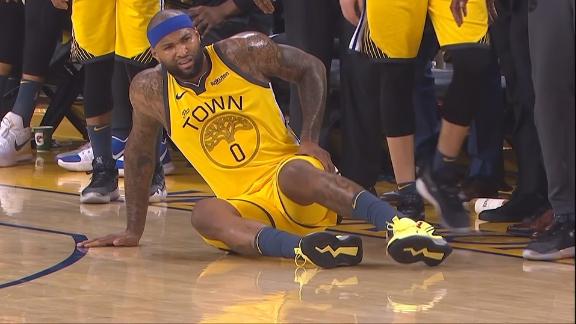 Cousins goes down with leg injury
DeMarcus Cousins chases down a loose ball, falls and stays down, grabbing his left leg before heading back to the locker room. 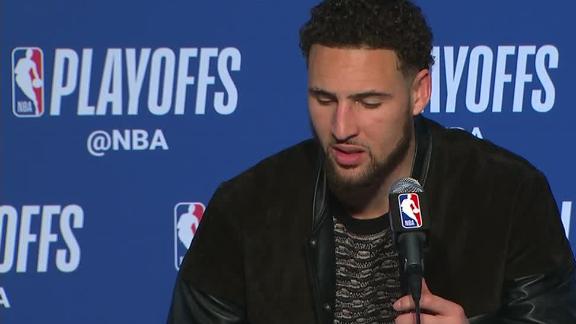