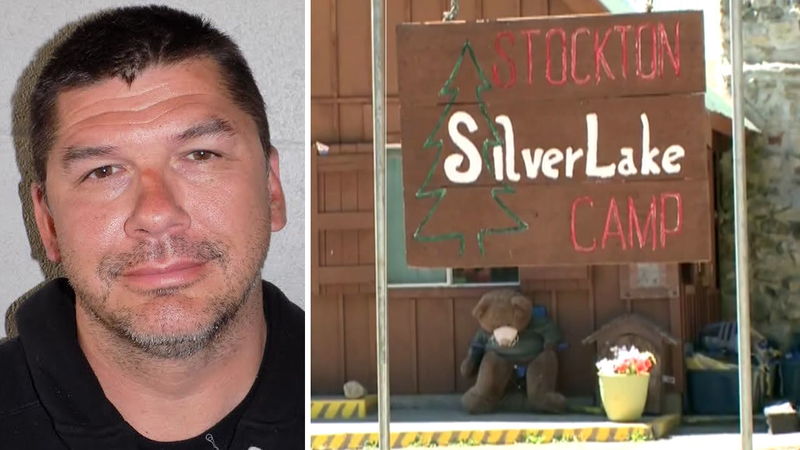 STOCKTON, Calif. (KGO) -- The mayor of Stockton was arrested Thursday for crimes against children. Anthony Silva is charged with providing alcohol to minors last summer at a youth camp he runs.

There are growing calls in Stockton for the mayor to resign. They're coming from the police union and at least one city councilmember. And this is not the first time Silva has been in trouble with the law.

According to Amador County District Attorney Todd Riebe, the mayor participated in a booze-fueled game of strip poker with underage counselors at his annual youth summer camp for kids.

The DA signed a warrant for Silva's arrest at the camp on Thursday morning and the mayor bailed out in the afternoon.

"This didn't have to result in an arrest," said Silva's attorney Mark Reichel. "They've been talking about this information for a year and they could clearly make a call say we're going to have a court date in August."

According to officials in Amador County, the allegations stem from a strip poker game in Silva's bedroom at the Silver Lake Camp last summer. The audio was recorded on the mayor's cellphone, which was confiscated by the FBI.

In all, investigators say they found 23 photos and four video clips relating to Silva's activity with teens at the camp.

According to a witness, another investigator told the district attorney that Silva has cameras installed in his bedroom at the Stockton Kids Club.

Stockton resident Jasmine Green told ABC7 News her 17-year-old daughter thought about going to the mayor's camp this year, but decided not to.