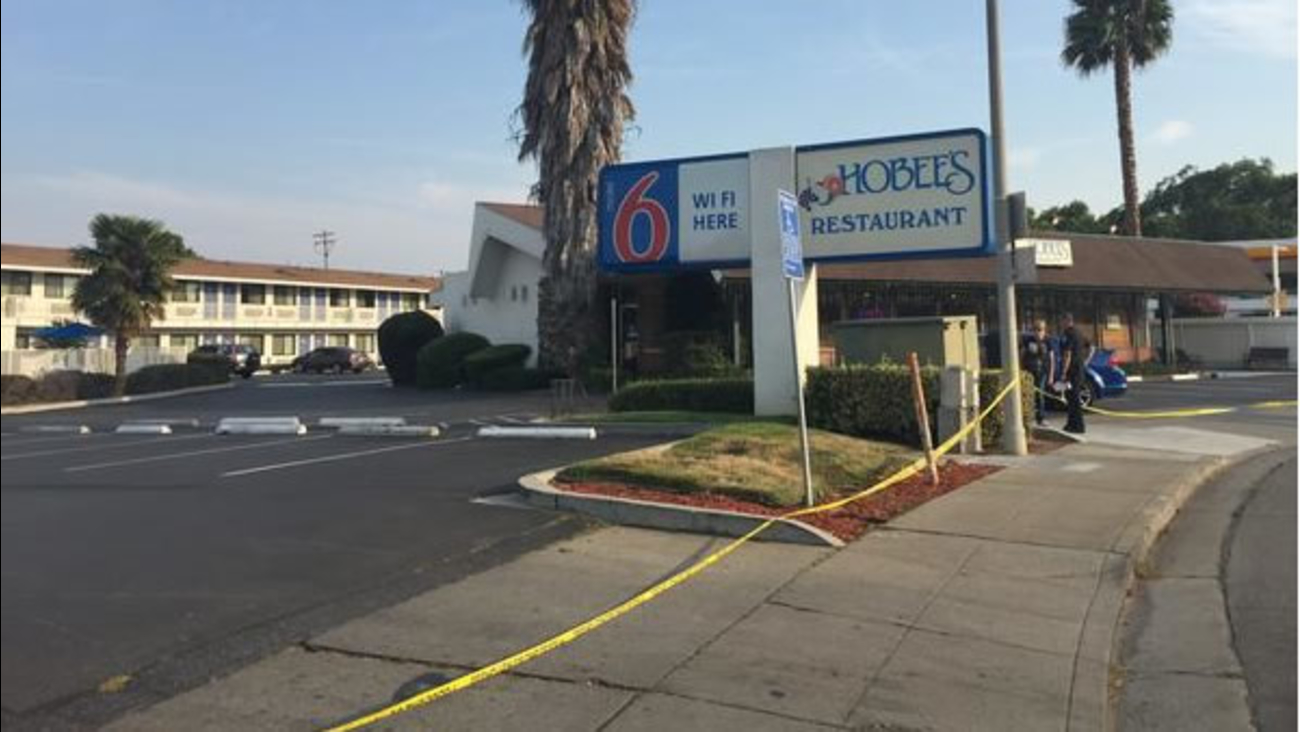 Sunnyvale police are investigating an officer-involved shooting that occurred in the parking lot of a Motel 6 near Highway 101 on Saturday, August 15, 2015. (KGO-TV)

SUNNYVALE, Calif. (KGO) -- Sunnyvale police are investigating an officer-involved shooting that occurred in the parking lot of a Motel 6 near Highway 101 Saturday afternoon.

Police say one suspect is dead and they are still searching for a second suspect who is considered armed and dangerous.

Police said a handgun was recovered by the suspect's body.

Officers are searching for an African American man wearing blue jeans and a red and orange shirt. The man was last seen near the intersection of Borregas Avenue.

It is unclear what led up to the shooting.