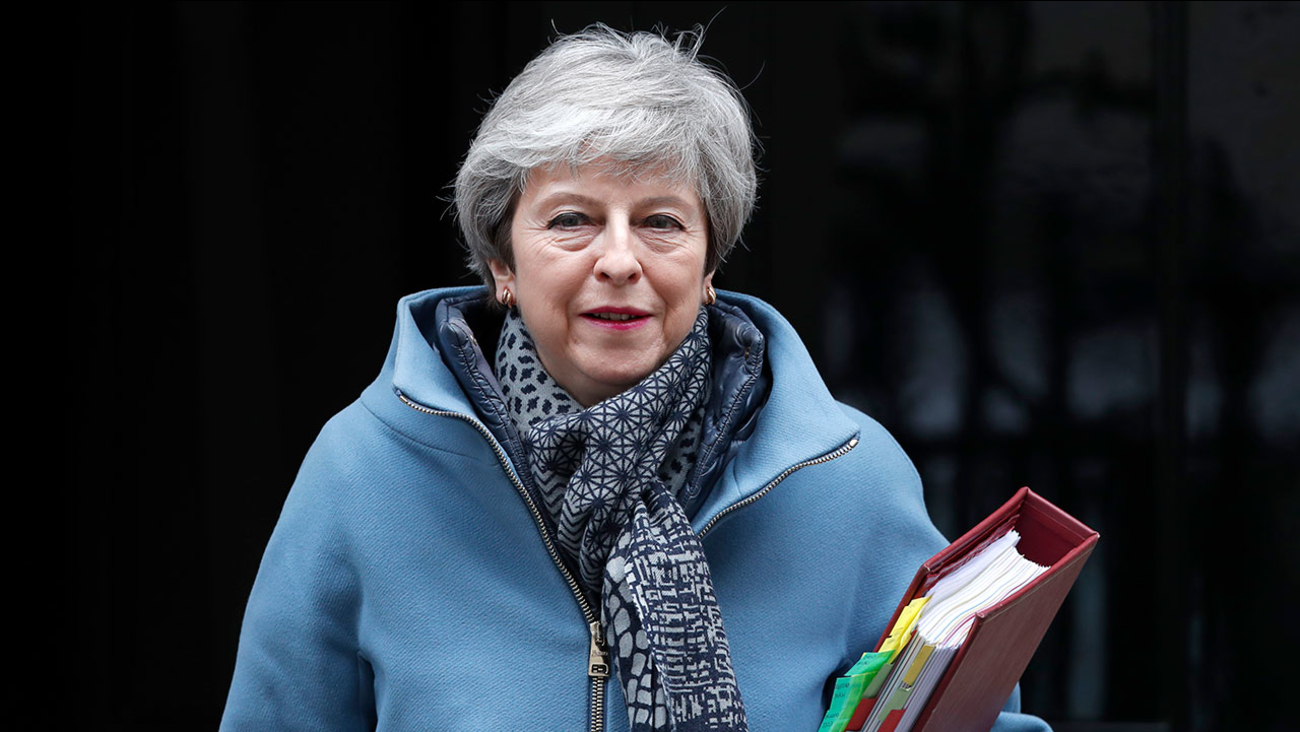 LONDON -- U.K. Prime Minister Theresa May told lawmakers she is prepared to step down "earlier than I intended" in order to win passage of her divorce deal from the European Union.

May told lawmakers from the 1922 Committee of Conservative lawmakers that she wanted to do what was right for the country.

The comments marked the first time May signaled she was prepared to quit in order to secure the necessary votes for the passage of the Brexit divorce deal she has negotiated with the EU but which has been rejected heavily on two occasions by lawmakers.

She says, "I know there is a desire for a new approach - and new leadership - in the second phase of the Brexit negotiations, and I won't stand in the way of that."
Report a correction or typo
Related topics:
politicsworld newsu.s. & worldtheresa may
Copyright © 2022 by The Associated Press. All Rights Reserved.
TOP STORIES
Nearly 14K COVID tests left sitting out in Bay Area lab
Watch new streaming show 'ABC7@7'
CA proposal would let older kids get vaccines without parents' consent
Meat Loaf, 'Bat Out of Hell' rock superstar, dies at 74
COVID concerns: Oakland teachers union threatens to strike
Half a million hospital gowns left outside in another PPE mishap
CPSC issues warning on infant loungers
Show More
49ers arrive in Green Bay to -4 degree temperatures
'Charlie and the Chocolate Factory' back on stage in SJ
Gov. Gavin Newsom in LA after 'porch pirates' target cargo trains
Body of missing Stanford nurse found in Fremont, authorities say
Suspect shot, killed by police at SFO had replica guns, officials say
More TOP STORIES News