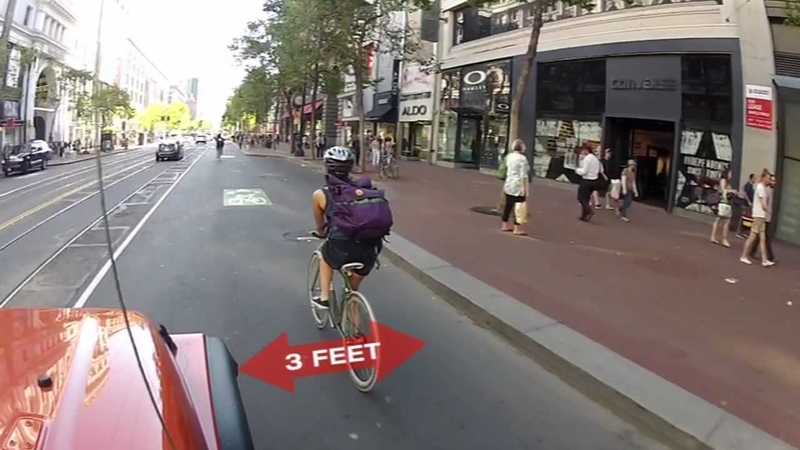 SAN FRANCISCO (KGO) -- When thousands of pounds of metal collide with a light-weight bike, it's never a good outcome for the cyclist and it can be fatal. The most recent numbers from the National Highway Traffic Safety Administration show that across the country, 726 cyclists died in 2012, and another 49,000 were injured in crashes with cars that got too close.

State Assm. Steven Bradford, D-Gardena, knows firsthand what it's like to be hit on a bike.

"I've been hit three times by motorists that never once hit the brake after knocking me off the bike," he said.

"This bill just establishes a three foot buffer," Bradford said. "If in fact it's not safe to pass, the driver just has to slow down to a reasonable speed and then pass when the cyclist is deemed not in danger."

Cyclists we talked to welcome the new law.

Many drivers, on the other hand, say the new rule is virtually impossible to follow, especially on crowded streets.

Some are concerned they might get dinged for a ticket, if a cyclist veers into that buffer zone. Drivers who break the law will get a $35 ticket, and if they hit a cyclist, the fine jumps to $225.

There are no fines for cyclists who get too close to cars.

ABC7 News wanted to show why a three-foot buffer may not work in a busy city such as San Francisco. So, we rigged a car with cameras, and noted the distance with a yardstick. Then we drove around the city. It was very difficult to stay 36 inches away from a bike and remain in our lane. Under the new law, we'd have to follow behind for blocks, and that could cause some serious traffic congestion.

Then we marked busy Market Street with chalk at one-foot increments to see how hard it would be to measure three feet. But without some kind of guide, it was tough to tell just how close a cyclist got to a car. So we wondered how could police would be able to tell? 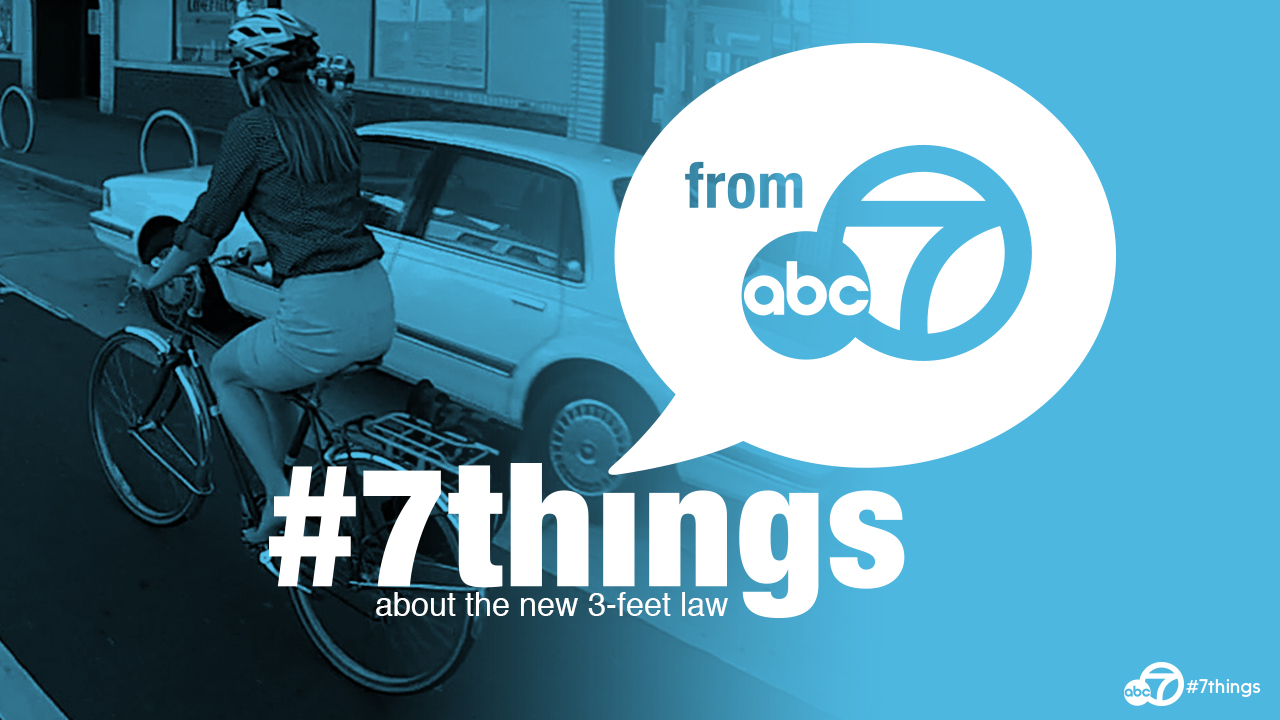 #7Things you need to know about the new Three Feet for Safety Act
Starting in September, drivers will need to maintain a 3-foot buffer between their car and cyclists.

"I would suspect that this law was not written with San Francisco in mind but for the greater state," he said.

Ali says San Francisco's narrow streets make this a tough law to enforce. The average car lane in the state is 10 feet wide. In the city, it's just 8 feet.

"The proximity of our cars to the bicyclists in general is too close," Ali said.

But are the laws effective at curbing accidents?

In Florida, for example, police across the state issued just 337 tickets for the 3-foot violation from 2006-2010. That's in a state with 14 million licensed drivers.

The San Francisco Police Department says it will be up to officers on the street to determine when a ticket should be issued.

"If you cause harm to another, and you are the cause of the collision, you get a citation, yes," Ali said.

But we spoke to several San Francisco police officers off camera who told us, without a collision, they won't even bother to enforce the law.

"I think that the importance of it is in the awareness more than the enforcement," California Bicycle Coalition Executive Director Dave Snyder said.

The coalition helped pass the law. It agrees enforcing the law will be especially difficult in San Francisco.

"Still it is scary to be passed really closely by a car," Snyder said.

"This three foot buffer is not necessarily to cite motorists for driving dangerously but to educate them and ask them to share the road with cyclists," Bradford said.