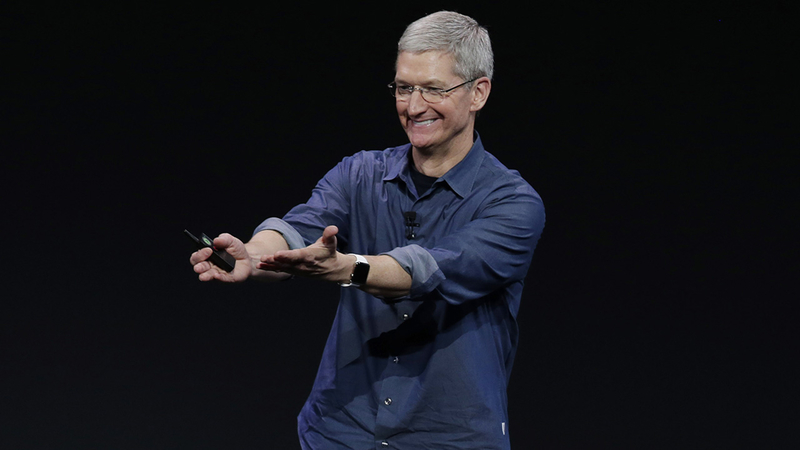 CUPERTINO, Calif. (KGO) -- There was an announcement on Thursday from Apple CEO Tim Cook, and this time it's not about a new product. It's about something far more personal.

Though he's one of the most public figures in the tech world, Cook has kept his private life just that -- private.

But now, just two days after denouncing his home state of Alabama for discrimination against gays and lesbians, Cook announced that he himself is gay.

"I'm proud to be gay," he wrote. "And I consider being gay among the greatest gifts that God has given me."

While customers in line at the Apple Store were surprised, it's been an open secret. Cook has never denied being gay.

Last June, he was accidentally outed on CNBC's "Squawk on the Street."

"I think Tim Cook is fairly open about the fact that he's gay at the head of Apple, isn't he? Oh dear, was that an error? I thought not," reported the show.

"I don't think it's something that leads to problems in Silicon Valley. I think this is a fairly progressive part of the country and so I don't, I couldn't, say that it's been held against me in any way whatsoever," Thiel said.

But Thiel points out companies like Apple deal globally in cultures far different from California.

"And I don't judge people who don't come out because I think there often are many different contexts people find themselves in," Thiel said.

Cook is getting praise from Castro Street business owners. "I think it's awesome. I think it's just another indication that gay people are everywhere, gay people are productive," Eureka Coffee and Ice Cream owner Patrick Batt said.

Now the advocacy group Out and Equal hopes Cook will be an inspiration.