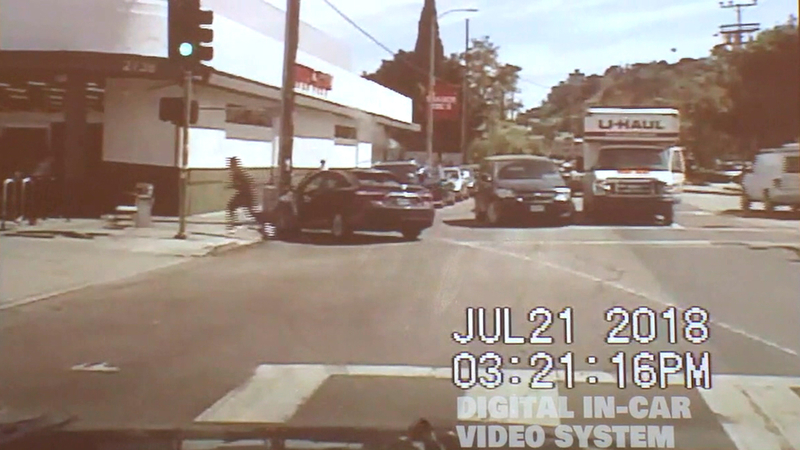 LOS ANGELES -- The Silver Lake Trader Joe's store manager who was killed in a shootout between a standoff suspect and LAPD was fatally shot by police gunfire, police confirmed on Tuesday.

LAPD Chief Michel Moore confirmed at a news conference that Melyda Marciela Corado, 27, was struck by gunfire from officers during the shootout.

The situation unfolded Saturday afternoon with a family dispute in South Los Angeles, where the suspect, Gene Evin Atkins, allegedly shot his grandmother and fled in a car, taking with him a 17-year-old girl who was grazed by a bullet. It's believed the teen may be Atkins' girlfriend.

LAPD officers were able to track Atkins' car using LoJack and tried to pull him over in Hollywood, but Atkins refused to pull over and fled from officers.

LAPD Chief Michel Moore describes a shootout that left an innocent bystander dead at a Trader Joe's in Silver Lake on Saturday, July 21, 2018.

During the chase, Atkins fired through the back window of his car at officers before he crashed into a pole right outside the Trader Joe's store.

During the morning news conference, LAPD released footage from the dashcam of the pursuing police car as well as video from the body worn cameras from both officers involved in the shootout.

Moore said when that crash occurred, people inside the market, including Corado, moved toward the front of the business to see what was going on.

As Atkins exited his car, he fired two rounds from a semi-automatic pistol at officers, Moore said. That's when the two LAPD officers who had been chasing Atkins returned fire. During that shootout, Atkins sustained a through-and-through gunshot wound to his left arm, Moore said.
EMBED More News Videos

Trader Joe's manager Melyda Corado was shot and killed at the Silver Lake store after a hostage situation with a shooting suspect.

"I'm sorry to report that we've now determined through our forensic investigation that one of the officers' rounds struck Ms. Corado as she was exiting the market and was in close proximity to Atkins," Moore said. "Ms. Corado ran back into the store and collapsed behind the manager's desk."

Moore said Corado was struck once in a "through-and-through wound to her left arm that then moved into her body." Corado was eventually pulled by fellow employees outside of the store, where paramedics tried to revive her.

"I know it is every officer's worst nightmare to harm an innocent bystander during a violent engagement. I spoke with both these officers this morning. They're devastated," said Moore, who also expressed condolences and sympathy to Corado's family.

After Atkins fired at officers and ran into Trader Joe's, in-store surveillance shows him walking around the store and taking up a position behind some produce, Moore said. From there, he began firing through the store window at officers, Moore said. In communication with police, Atkins threatened to shoot and kill his hostages at one point, the chief added.

Atkins held some people as hostages, let some go and then eventually surrendered several hours later. The case is under review by the Los Angeles County District Attorney's Office. He may be arraigned as early as Tuesday on numerous charges.

Moore said there is much more investigation to be done in this case, and there is additional evidence he needs to review before making his final decision regarding the actions of the officers involved in the shooting.

Moore said the names of the officers involved in the shooting will be released later this week. He said one officer has two years of experience, and the other has just over six years. 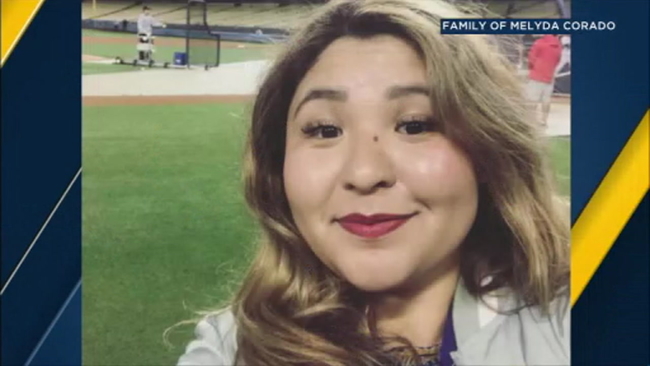 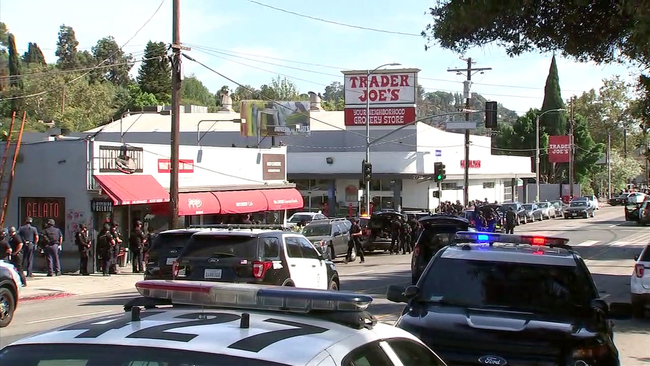 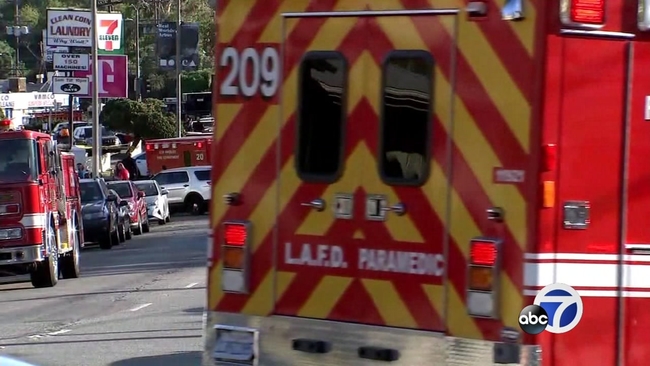