KGO
OAKLAND, Calif. (KGO) -- All lanes were reopened on Interstate 880 in Oakland after a pothole damaged several vehicles Friday afternoon.

The huge pothole was on an elevated section of the freeway at Jackson Street, causing traffic to back up on the southbound lanes near downtown.

The CHP has closed a lane on Friday due to the pothole that Caltrans estimated was 4-feet by 3-feet.

Tow trucks had to be called after several cars hit the pothole and were damaged.

On Friday, officials told ABC7 News that the closure was "indefinite" because it was just too dangerous to let more cars drive over the huge piece of collapsed concrete.

Repairs on SB I-880 in Oakland are nearly complete & concrete is in the final curing phase. All lanes will be reopened soon. Thank you to the hard working women and men who worked to repair the roadway & to @CHPoakland for your assistance. @CaltransHQ pic.twitter.com/J1e1oIOVSt

If you're a regular on this stretch of the Nimitz through downtown Oakland, this is a chokepoint during the afternoon commute hour, where traffic grinds to a crawl right after the merge from I-980. So plan extra time or use the MacArthur Freeway as an alternate route.

The city currently has a backlog of 7,000 requests to fix road craters. Powerful winter storms left more cracked and crumbling streets than usual. Crews will be putting in 12-hour days, three days a week to get the work done.

**Traffic Advisory** I-880 southbound, over Jackson Street has a 4ft by 3ft pothole. Lane #3 is closed for an indefinite amount of time while CalTrans responds for an emergency repair. Please plan to use alternate routes. Be safe! pic.twitter.com/P0PmeiPejd

"You know the one two punch of half a billion dollars in deferred maintenance on Oakland streets, plus a series of really wet winters has left us with the worst pothole problem I have ever seen in my entire life of living here," said Oakland Mayor Libby Schaaf.

City leaders admit the real solution to deteriorating roads is laying down new pavement and not just patch jobs.

The city plans to spend $100 million over the next three years to repave roads. 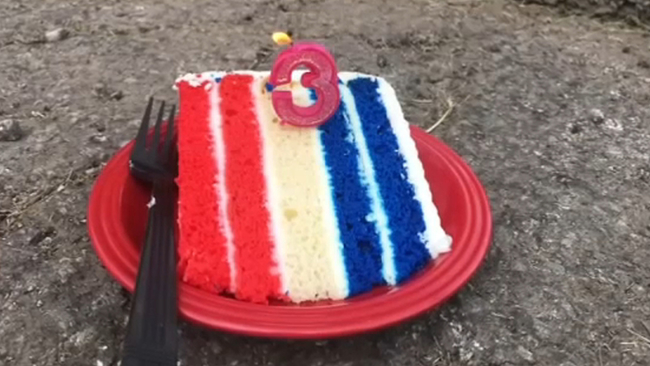