KGO
By by Kate Larsen
SAN FRANCISCO INTERNATIONAL AIRPORT (KGO) -- You may able to skip the security line next time you fly. According to documents obtained by CNN, TSA is looking at cutting screenings at more than 150 airports.

"I think it's a very bad idea," said airline passenger Sue Doomey, who spoke to ABC7 at SFO.

In a sentence, that's the sentiment about a TSA proposal to eliminate security screenings at more than 150 small and medium-sized airports that operate commercial planes with 60 seats or less.

"Using my logic, it seems to me that if I wanted to do something bad, I would just go to one of the places that has no screening," said Love Macione, who says she is no fan of TSA screenings but is baffled the federal agency would consider eliminating the safety layer for about 10,000 passengers every day.

"I don't even see the purpose of it. How much money are they planning to save doing this?"

According to CNN, the move would save $115 million, which could be used to bolster safety at larger airports.

"If the whole effort of this is to get more funding, well, this is a bad way to do it," said retired FBI special agent and security expert, Rick Smith. He worries that without screening, bad actors could easily bring weapons on planes.

"If you open up a hole there in security, you compromise the entire system. so, I don't know what they're thinking."

Flights from small airports often connect or land at larger airports, like SFO.

The CNN report says passengers and luggage would then be screened upon arrival and that TSA's operating theory is that smaller planes are less attractive targets to terrorists.

TSA released a statement Wednesday, which says in part, "There has been no decision to eliminate passenger screening."

The TSA proposal does not list which airports could be impacted.

An SFO official who is aware of the report declined to comment until and if the plan becomes a reality. 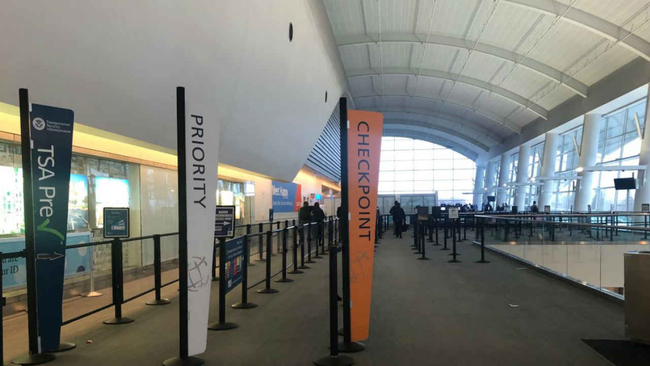