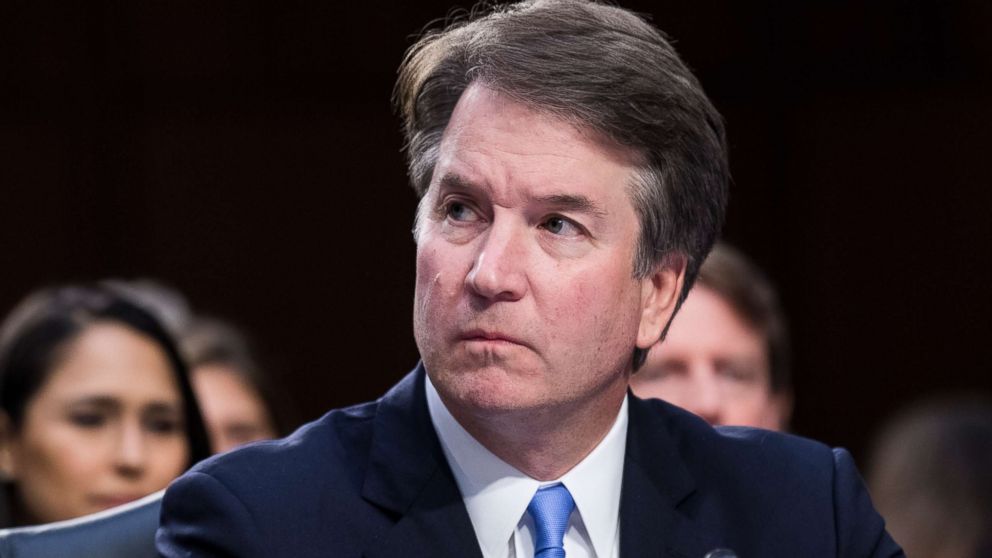 The Senate Judiciary Committee is planning to hold a public hearing next Monday and expects to call Judge Brett Kavanaugh and professor Christine Blasey Ford to testify, according to a senior administration official and several top Republican lawmakers.

The expectation is that both would appear on the same day but not side-by-side on the same panel.

The development effectively delays a planned committee vote on Kavanaugh's nomination that had been set for this Thursday.

Word of the public hearing came a couple of hours after President Donald Trump defended his Supreme Court nominee as "somebody very special" but said "we want to go through a full process ... and hear everybody out" on the sexual assault allegation against him.

In a statement late Monday afternoon, White House spokesman Raj Shah said, "Judge Kavanaugh looks forward to a hearing where he can clear his name of this false allegation. He stands ready to testify tomorrow if the Senate is ready to hear him."

Trump said he has not spoken to Kavanaugh about the allegation but called a reporter's question about whether the judge has offered to withdraw from consideration "ridiculous."

For his part, Kavanaugh on Monday again strongly denied in a new statement a woman's allegation that he sexually assaulted her when they were both in high school, saying "this never happened."

"This is a completely false allegation," Kavanaugh said in the statement released by the White House. I have never done anything like what the accuser describes-to her or to anyone."

He continued, "Because this never happened, I had no idea who was making this accusation until she identified herself yesterday. I am willing to talk to the Senate Judiciary Committee in any way the Committee deems appropriate to refute this false allegation, from 36 years ago, and defend my integrity."

Kavanaugh was responding to an allegation by Christine Blasey Ford that he sexually assaulted her when they were both in high school in Maryland in the 1980s.

The accusation became public last week but Ford did not reveal her identity until Sunday in Washington Post story.

Some senators meanwhile called for both Kavanaugh and Ford to address the matter before lawmakers.

"Professor Ford and Judge Kavanaugh should both testify under oath before the Judiciary Committee," Republican Sen. Susan Collins of Maine, a crucial vote on the nomination, said in a tweet Monday.

A senior White House aide also said Ford should be heard and should testify under oath.

Conway, counselor to the president, did not directly characterize President Trump's thinking about Ford's allegation. But she made clear that she was speaking on behalf of the president in expressing an openness to Ford testifying.

"Let me be very clear on behalf of the president with whom I've spoken at length about this," Conway said. "She should not be ignored or insulted; she should be heard."

Conway said that in addition to Ford, Kavanaugh should get the chance to testify again in response to the allegations.

While the White House is supportive of the concept of additional testimony, Conway made clear that they will defer to the Senate Judiciary Committee on the best way to deal with the accusation, even as she also expressed a view that a vote on Kavanaugh should not be unduly delayed.

"The Senate Judiciary Committee has to decide how each of them will testify," she said.

Monday afternoon, Senate Republican Leader Mitch McConnell referred to Collins' comments on the Senate floor, attacking how Democrats had handled the allegation, saying they about it for six weeks but chose to keep it "secret until the 11th hour."

"I can't explain the situation any better than the senior senator from Maine put it yesterday evening when she said if they believed judge Kavanaugh's accuser, why didn't they serve us this information earlier so that he could be questioned about it?" McConnell said. "And if they didn't believe her and chose to withhold the information, why did they decide at the 11th hour to release it? It's really not fair to either of them the way it was handled."

Senate Democratic Leader Chuck Schumer took to the floor not long after to respond, calling again on the FBI to investigate the allegation and that there should be no vote into that is complete.

"It is an insult -- insult -- to the women of America to rush this through after these serious allegations have been made," Schumer said.

In addition to Collins, another key Republican, Alaska Sen. Lisa Murkowski, issued a statement Monday afternoon saying, "Allegations surrounding sexual assault must be taken seriously and the Judiciary Committee must look into this further. Despite the length of time since the alleged incident, Dr. Ford's allegations should be heard and she must have an opportunity to present her story before the committee under oath, with Judge Kavanaugh having the opportunity to respond under oath as well," her statement said.

Arizona Sen. Jeff Flake, a Republican on the Judiciary Committee, told reporters, "I want to hear what she has to say," adding, "Obviously, these are serious charges, and if they're true, I think that they would be disqualifying."

Ford, 51, a psychology professor in California, told the Post that the incident occurred in the 1980s when the 53-year-old Kavanaugh was a student at Georgetown Preparatory School in North Bethesda, Maryland, and she was a 15-year-old sophomore at Holton-Arms School, an all-girls school in Bethesda, Maryland.

She said she believes the year was 1982 when Kavanaugh would have been 17.

Ford said she was at a teen house party when Kavanaugh and one of his male classmates -- both "stumbling drunk" -- cornered her in a bedroom and Kavanaugh pinned her on her back on a bed, the paper reported.

She said Kavanaugh's friend watched as Kavanaugh groped her over her clothes and attempted to remove her clothes and the one-piece bathing suit she was wearing underneath, according to the story.

Ford told the Post that when she tried to scream, Kavanaugh put his hand over her mouth.

"I thought he might inadvertently kill me," Ford said in the story. "He was trying to attack me and remove my clothing."

She said she managed to escape when Kavanaugh's friend jumped on top of them on the bed and sent all three of them tumbling, according to the Post.