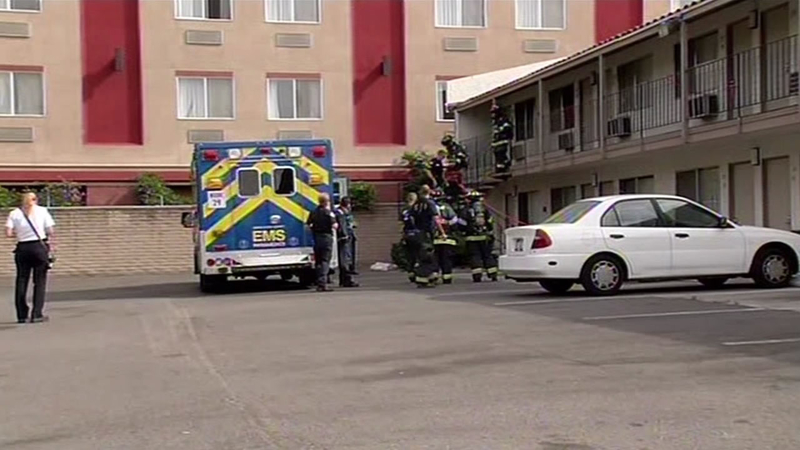 Police received a report of a possible dead body inside an E-Z 8 Motel room in the 1500 block of North First Street around 3:50 p.m., Sgt. Heather Randol said.

Arriving officers found two women deceased on the second floor of the building inside room 289. Paramedics arrived, along with the fire department after they got the call.

Officials say a housekeeper found the dead bodies. A detective told ABC7 News the bodies were located on a bed close together.

At this point, there aren't any signs of violence or that a crime has been committed.

Investigators are collecting evidence and are waiting for the coroner to arrive.

"Hotel staff gives a call and said they found two deceased people inside the hotel room behind me and at this point we're trying to investigate as to how they ended up that way," Sgt. John Carr said. "We're trying to determine if it is a crime scene or if there's something else that occurred here."

Neighbors said they did see two women coming and going from that room. At this point, they don't know exactly who they are and explained that it's more of an apartment building than it is a motel. They said some people live there a week at a time, a month or in some cases several years.

Police said they do get a number of calls to go to this motel.