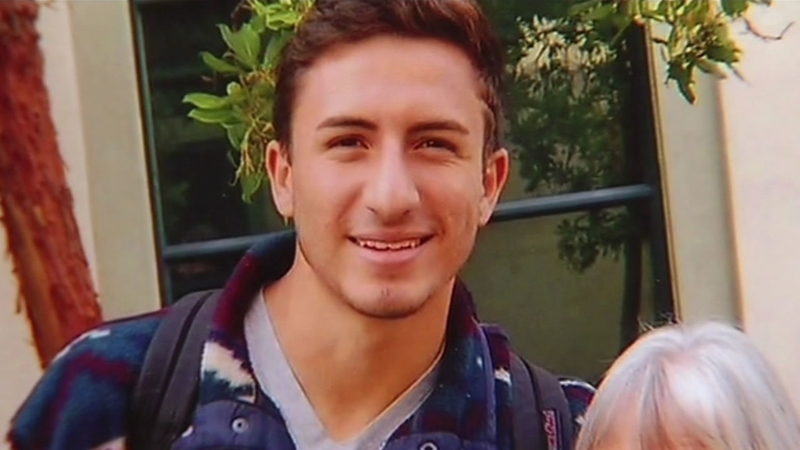 BERKELEY, Calif. (KGO) -- A Marin County mother says a California university failed her teenage son, who was killed in a tragic accident after drinking too much at a frat party. Now, she hopes to help other students.

"I knew right away something was really wrong," said Wendy Margolan.

Three years ago, she lost her son.

"The police came and found us and said that they had him in the morgue in LA," she said.

Her son, Eloi Vasquez, was a freshman on the UC Berkeley soccer team from Marin. He disappeared after he and his friends drove down to Los Angeles, where they ended up at a party at a USC fraternity.

"1,500 kids were at the party we found out, it was just completely out of control," she said.

Margolan and her family drove down to LA to look for Eloi. News outlets up and down the state covered the search, while the family posted missing signs outside the TKE house, where the party took place.

It turned out though, that Vasquez died the night of the party. After drinking too much, he wandered away and somehow ended up on a nearby freeway, where he was hit and killed by a car.

"I accept the responsibility Eloi had in this too, but there should have been more control and more supervision," she said.

Vasquez was 19 at the time. Margolan recently settled a lawsuit with members of the fraternity and the security firm they hired, who failed to ensure underage drinking was not taking place at the party.

But, Margolan says the University of Southern California threatened to counter-sue her when she tried to hold them responsible for a party at a school-sanctioned frat-house.

"They consider the fraternities on private property when it's right ajar to the campus," she said. "And I want the schools to have more involvement and take more responsibility in what's happening."