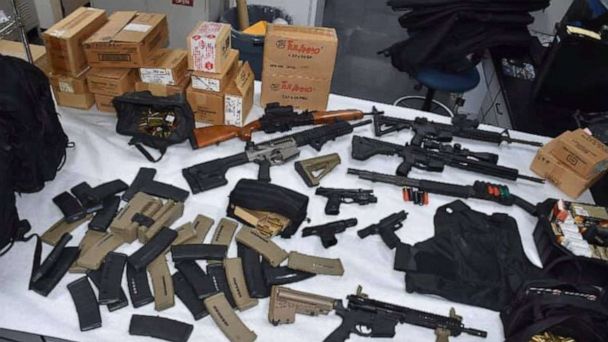 A California UPS worker who threatened to carry out a mass shooting at his employer's premises had multiple tactical rifles and 20,000 rounds of ammunition at his home when it was raided by police.

Thomas Andrews, 32, of Sunnyvale, California, was reported to police on March 1 for sending threatening text messages to his employer, saying that he was planning a mass shooting at the UPS facility in the city, according to a statement from the Sunnyvale Department of Public Safety.

"He alluded to a mass shooting in his text messages," Sunnyvale police Capt. Dan Pistor told the Associated Press. "I definitely think we avoided a tragedy."

Officers began searching for Andrews that day, who they had discovered was the registered owner of four handguns and a rifle. Shortly after 11 p.m. that evening, officers spotted Andrews driving and attempted to pull him over, but he fled, leading officers into a pursuit on Highway 101.

With help from officers from the California Highway Patrol, Andrews was stopped and taken into custody.

"Initially he indicated he wanted to fight with the officers, but then he surrendered without injury," Pistor said.

Detectives who searched his home found over 20,000 rounds of handgun and rifle ammunition along with several high-capacity magazines, five tactical style rifles, a shotgun, three handguns and body armor.

Andrews has been charged with making criminal threats, evading police, driving under the influence and multiple weapons violations.