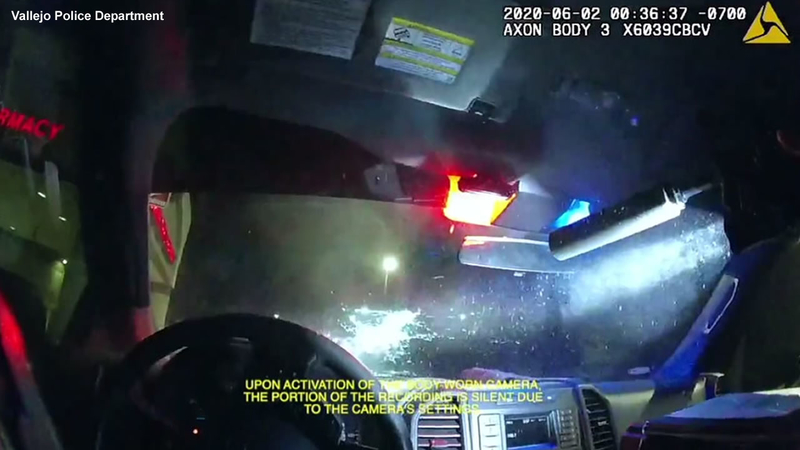 Sean Monterrosa was on his knees outside a Walgreens when a Vallejo Police Officer fired at him 5 times through his vehicle's windshield. One of those shots hit and killed the 22-year-old, who police say they believed was armed.

WARNING: The video below is graphic.

They thought he had a gun in his pocket, but it turned out to be a hammer.

Vallejo Police Chief Shawny Williams said Monterrosa was in a "crouching position" with his hands near his waistband and was turning toward officers when he was shot. However, there is no video footage that shows that moment because the body camera is positioned below the steering wheel of the vehicle. Security cameras at the Walgreens were damaged in earlier looting, Williams said.

The fatal shooting came after a night of multiple calls for looting including to the Walgreens. The officers responded to the scene at 12:36 a.m. in an unmarked SUV and an unmarked pickup truck. The unmarked pickup truck, from which a police detective shot through the windshield, wasn't equipped with a dash camera, making it impossible to see Monterrosa's position before the shots were fired.

The video shows the detective shooting from the backseat shortly after arriving on scene. The detective driving stops the car, opens the door and pulls out his weapon, pointing it toward Monterrosa.

"What did he point at us?" asks the officer who fired his weapon.

The first officer then yells, "He pointed a gun at us!"

The first time Monterrosa is visible on camera, he's already on the ground. The officers call for medics, approach him and perform CPR.

The detective who shot Monterrosa eventually walks away from the area and talks about what happened with another officer.
RELATED: Vallejo police officer shoots, kills 22-year-old on his knees after mistaking hammer for gun, chief says