CORTE MADERA, Calif. (KGO) -- We're getting new video of the robbery of an Apple Store in Corte Madera.

ABC7 News obtained video showing the two suspects from the photos walking out of the store before the robbery. A security guard holds the door open as they leave.

Then, the video shows those suspects coming right back to the store. This time, you can see other people with them, all wearing black hoodies.

Video shows suspects in a brazen robbery at an Apple Store in Corte Madera.

Some hold the doors open for the others, as two security guards stand outside.

Seconds later, people start grabbing electronics from the display tables, while one of the members of the group remains outside and makes sure the door is open.

The suspects then come out and you can see phones in their hands and even the cords dangling from their pockets.

Police say they drove away in a black Honda with a license plate that had tape covering it.

They got away with about $19,000 worth of electronics. 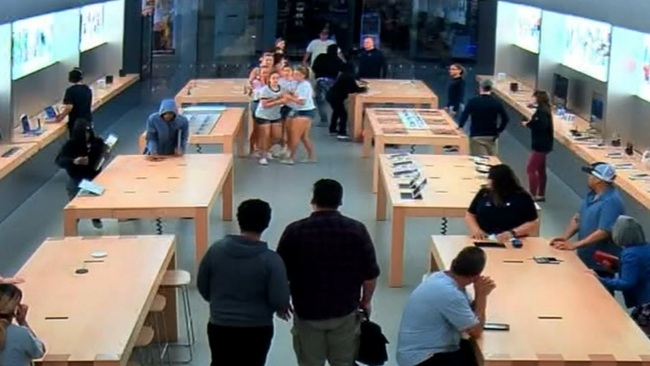