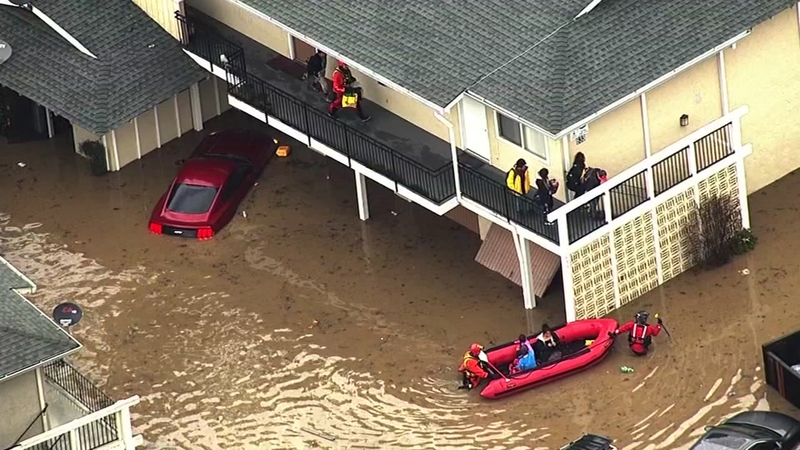 SAN JOSE, Calif. (KGO) -- The community of San Jose rallied around last month's victims of flooding, but also circling were scammers intent on preying on those victims.

The Coyote Creek flooding caused an estimated $70 million in damage last month, and that's just the initial price tag. Now, as homeowners are trying to get back on their feet, we're learning about some contractors price-gouging. That has Mayor Sam Liccardo and several council members fired up.

Cleaning up after last month's flood has been a frustrating process for Mary Hegland.

Several companies have been working on Hegland's home on South 20th Street, trying to dry out her basement and removing mold. Untrained workers and billing issues have been a headache.

"They just gave me a receipt and it just said an amount of money. From who, for what and I sent them to my insurance company and they said they can't accept that," said Hegland.

The city has taken notice of complaints from residents. Mayor Liccardo says it goes beyond incompetence.

"We've got homeowners who are being bilked by contractors. Their given an estimate for repairs for $2,000 and then they're given a bill for $8,000. Those kinds of practices we know are just taking advantage of residents," said Liccardo.

Leaders are now taking on the so called scam artists. San Jose is one of only four cities in California with the ability to sue private parties for unfair business practices. The council is asking the city attorney for a price tag on the cost to go after these people in court.

"There are some folks out there taking advantage of residents in a vulnerable moment. We're going to come after you," said Liccardo.

As for Mary, she finally got to take a hot shower in her own house. A worker for OC McDonald installed two water heaters with permits from the city of San Jose. Mary is happy with their work.

"I was so relieved to finally, I was just going crazy because I wasn't get people who were responsible and reliable and trustworthy," said Hegland.

The city is hoping renters and homeowners will turn in the scam artists and send a clear message this will not be tolerated.