KGO
By Dan Noyes
SAN FRANCISCO (KGO) -- A 23-year-old West Oakland resident pleaded guilty Wednesday afternoon in federal court to providing material support to ISIS. The I-Team's Dan Noyes knew about this case long before it became public. Sources gave him a confidential law enforcement bulletin about this case in 2016, and the FBI asked him to hold the story until the arrest last year. Now, the case is winding down.

His attorney asked for a full-day for sentencing to call an expert about radicalization and terrorism to explain what Alhaggagi did.

"What he did do here was open five Twitter accounts and two Facebook accounts, that's it," said Mary McNamara. "He didn't post any messages that were sympathetic to ISIS."

On Wednesday, the prosecutor countered that Alhaggagi was communicating with "a real live member of ISIS". McNamara told Noyes, "We now know who that person was, through evidence in the case. It turned out to be a 16-year-old Iraqi high school student."

In an exclusive interview one year ago, San Francisco FBI Chief John Bennett told the I-Team the case was serious.

"This rises to something that was more than just puffery and day dreaming," said Bennett. "This was something we invested a lot of time and effort into and the FBI does not do that and law enforcement doesn't do that unless there is a clear and present danger."

The I-Team obtained recordings from Alhaggagi's December 2016 detention hearing where the prosecutor described his plans to start fires in Berkeley and San Francisco, sell cocaine laced with rat poison in bars, leave backpack bombs on the Cal campus and bomb gay nightclubs in San Francisco.

"He then told confidential source number one, 'I live close to San Francisco, that's like the gay capital of the world. I'm going to handle them right, LOL,' meaning laughing out loud," said the Department of Justice attorney. "'I'm going to place a bomb in a gay club, Wallah or by God, I'm going to tear up the city.' And I quote, 'The whole Bay Area is going to be up in flames.'"

Noyes: "The FBI clearly to me on camera said he presented a clear and present danger, he was planning attacks in the Bay Area."
McNamara: "So, he was not planning attacks, what he said was all complete rubbish."

Investigators also told Noyes that Alhaggagi applied for a job at the Oakland Police Department, so he could acquire weapons for his attacks. Police knew about the investigation and turned him down. He faces a possible 47 years at sentencing in November. The defense tells Noyes they'll ask for six to seven years. 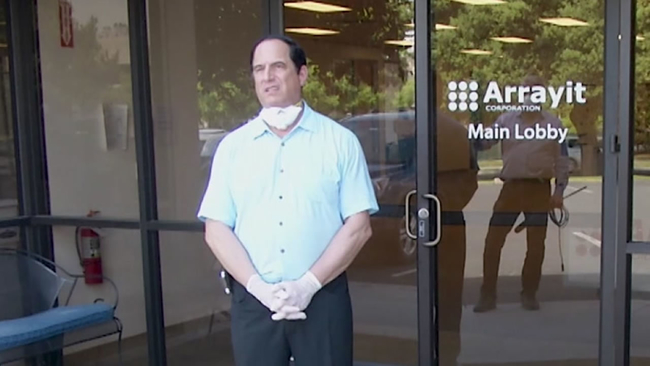