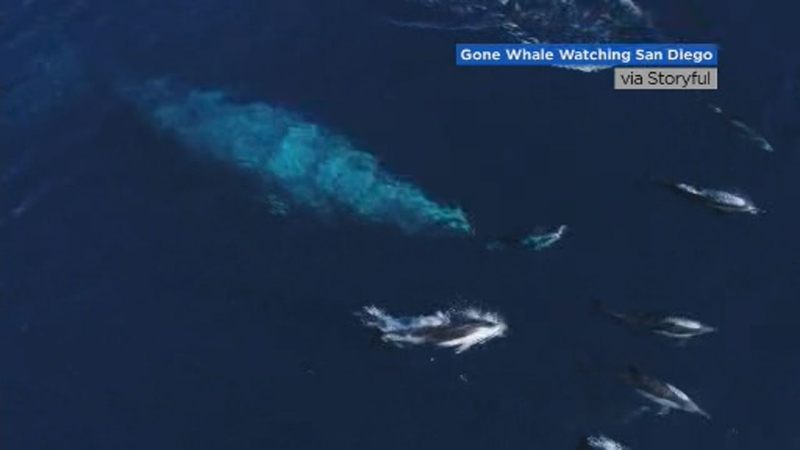 SAN DIEGO, Calif. (KGO) -- Whale watchers in Southern California captured drone footage of a newborn gray whale and its mother swimming the California coast. Domenic Biagini of "Gone Whale Watching" said the day got even better when the whales were joined by a group of dolphins.

"This a unique video for a couple of reasons," said Biagini. "First, there's a newborn baby gray whale! Better yet, a pod of dolphins are playing with it. Better yet, it's two different species of dolphins."

In the video posted to the Facebook page of "Gone Whale Watching San Diego" on Jan. 7, the pair of whales can be seen swimming alongside a pod of dolphins. Somehow it gets even better. Captain Dom observed the pod as being made up of two different species, with some of them appearing to be common dolphins and the others Pacific white-sided dolphins.