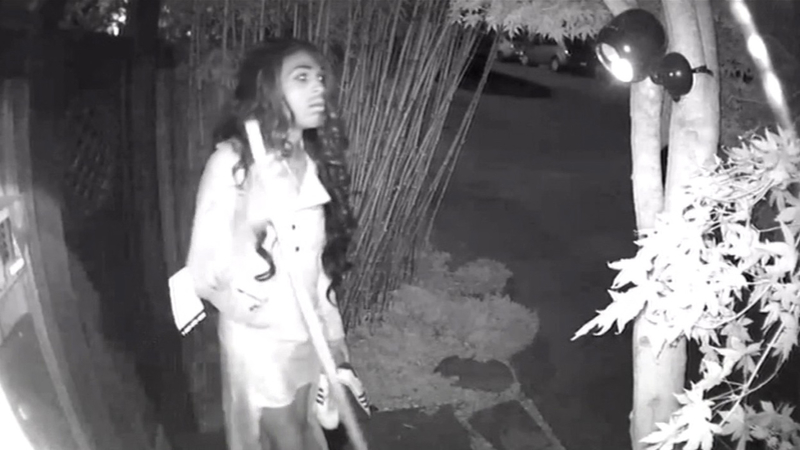 SAN FRANCISCO (KGO) -- People in two San Francisco neighborhoods say they're seeing someone casing their homes. They even have the video to prove it. The unusual twist in the story -- the person is wearing a wig.

Over the last few month's Andy Murdoch has noticed an odd character show up at his front gate.

Residents in the Castro and Ingleside districts say this Wig Wearing lurker is preying on their homes. #crime #wig pic.twitter.com/NHzPB5L7DV

"There's lots of people wearing wigs in the Castro. Some of them are fabulous. This one changes from time to time. So there's a straight blonde wig, and then there's a curly black wig. But it's all a disguise to me, I don't really care why they're wearing it," said Andy Murdoch, San Francisco resident.

Murdoch and his neighbors began comparing notes and exchanging videos from their security systems and they realized the same person who has prowled around several homes.

"In that video you will clearly see that person walking full faced into frame. And it looks like they were unlocking something. And I think that was the night of the break in," said Murdoch.

The pair is clearly inside the property, but it's not clear if they stole anything from this residence. This wig wearing lurker seems to be casing homes in the Castro and Ingleside neighborhoods, areas represented by Supervisor Scott Weiner.

The captain at the Ingleside station, has assigned a special investigator to the case

Murdoch says the last visit he got was early Sunday morning just before 3 a.m.