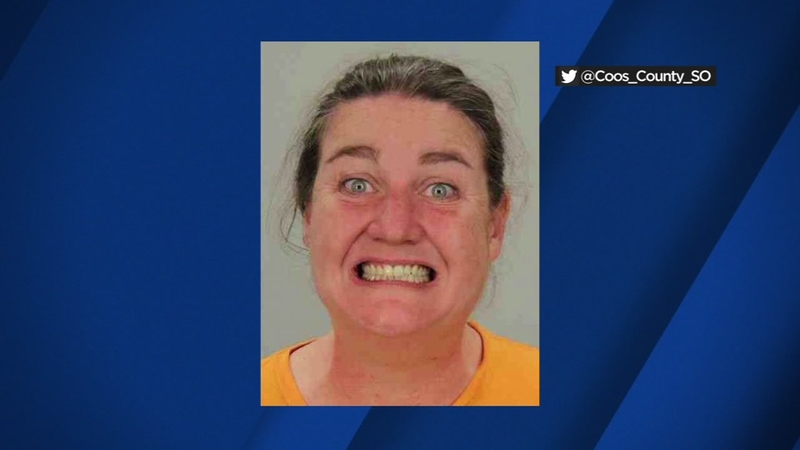 MYRTLE POINT, Ore. (KGO) -- An Oregon woman is facing legal trouble for allegedly punching her boyfriend in the face, not once, but twice after he left her dog outside in the rain, according to the Coos County Sheriff's Office.

The department tweeted a picture of the suspect. It shows Melissa Morris flashing a grin after she was arrested on suspicion of domestic assault in Myrtle Point on December 31.

Investigators say the suspect's boyfriend told deputies that he was talking to Morris when she punched him in the face two times.

The man had a "marble sized welt and a scratch mark" on his right eyebrow when deputies arrived, according to a press release.

Deputies say Morris admitted to hitting him because of what he did to her dog.