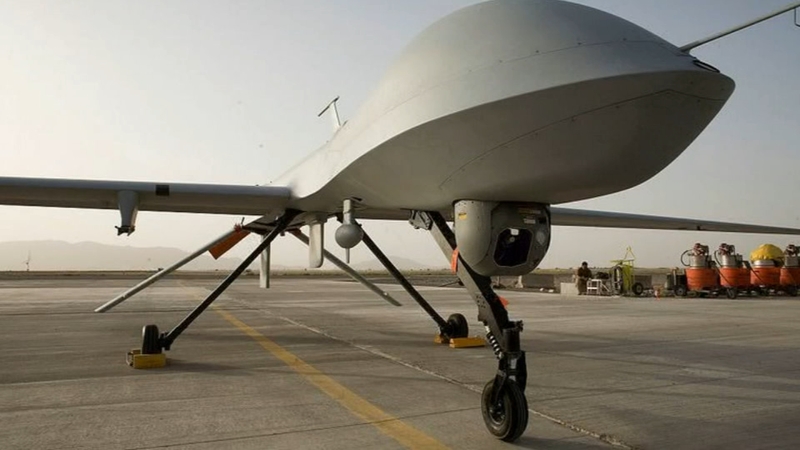 MADERA COUNTY, Calif. -- While nearly 4,000 firefighters are battling the Ferguson Fire, which has forced closures in Yosemite National Park, officials are using military technology in the strategic planning to combat the blaze.

"The fire is so big and so fast moving that it's impossible to have people on the ground to bring that data in and hand draw or even get that intelligence in a computer," said Situation Unit Leader Damian Guilliana.

That's where the use of drones come in.

RELATED: Carr Fire, Ferguson Fire and beyond: Photos from the wildfires across California

The aircraft can get the big picture even in the most remote areas. Through state of the art infrared technology, the drone can show where the fire is and what it's doing with military precision.

"To have a platform that can see through smoke and actually go around the fire and pick those spots out and be able to communicate that back down to the ground and back up to us, so that way we can mitigate the spot,s is game changing," Guilliana said.

This is the first time firefighters have able to use drones from the California Air National Guard to get information from the sky and transfer it to boots on the ground in real-time, according to officials.

"It's an incredible tool. We've been asking for it for a long time. We've always had infrared technology, but this gives us real-time information, real-time visual information, that can be shared with those folks responsible on the line for tactical impletion," said Deputy Incident Commander Rocky Opliger.

"The Air National Guard aircraft is collecting data and it shoots it back down to us. We interpret it, then we vet it, and we push it out into the field," Guilliana said.

Something that used to take 48 hours to accomplish is now being done in minutes.