2 men identified in murder-suicide after argument during double date 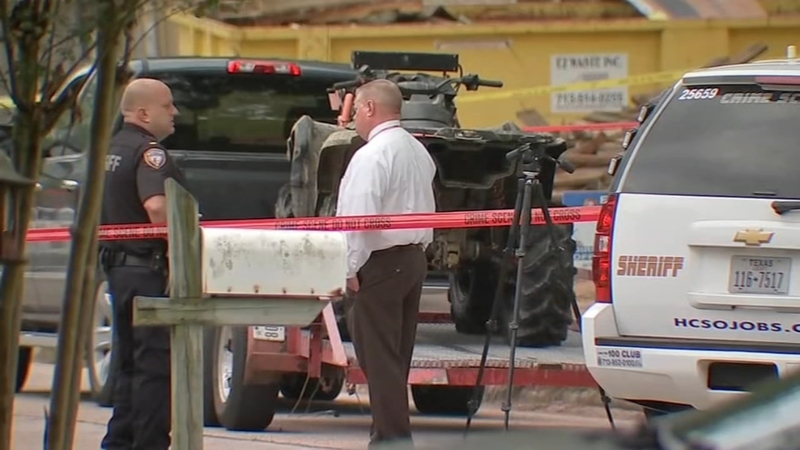 TEXAS -- Two men are dead in a murder-suicide in northeast Harris County, Texas according to deputies.

Around 3:15 a.m. on Sunday, deputies responded to a shooting in the 3600 block of Kennington Court in the Idleloch subdivision.

When deputies arrived at the home, they found Smith shot to death in the driveway. Smith's pickup truck, trailer and four wheeler were also parked at the end of the driveway.

Deputies spoke with Smith's girlfriend who said she and Smith went mudding with Rigsby and his girlfriend, who lived on Kennington.

Rigsby began arguing with his girlfriend and Smith intervened. That's when Smith and Rigsby started fighting in front of Rigsby's home.

Smith, his girlfriend, and Rigsby's girlfriend left after Rigsby grabbed a pistol.

According to officials, when Smith returned to pick up his four-wheeler and load it onto the trailer, Rigsby shot and killed him.

Neighbors said they performed CPR for at least 20 minutes. Smith died a day before his 28th birthday.

Rigsby then shot and killed himself when deputies tried to reach him.

Anyone with more information on the murder-suicide is asked to contact the Homicide Unit at 713-274-9100.
Report a correction or typo
Related topics:
houstondatingmurderman killedinvestigationmurder suicide
Copyright © 2021 KTRK-TV. All Rights Reserved.
More Videos
From CNN Newsource affiliates
TOP STORIES