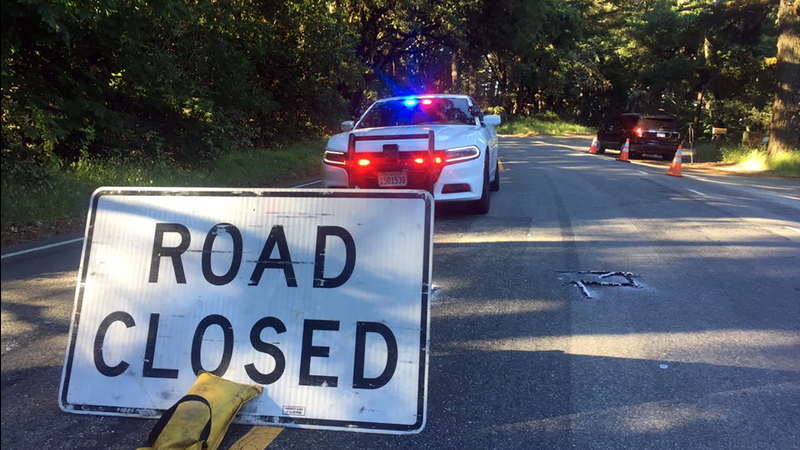 Around 11:55 p.m., deputies were investigating a homicide that occurred Monday on Skyline Boulevard when they heard a person calling for help. Deputies found a man suffering from stab wounds lying on the ground in a turnout off Skyline.

The victim died of his injuries on the scene. Officials identified that victim as 31-year-old John Sione Pekipaki.

Simultaneously, in a remote area near the scene, deputies said they saw a man fleeing the area in a vehicle who they believed to be the suspect. A deputy fired at the oncoming vehicle which was driving towards the victim and both deputies, authorities said. The suspect was not hit by gunfire, but the vehicle went off the roadway into a ditch. The suspect was taken into custody and is receiving medical care for a laceration to his arm.

The victim who was found stabbed to death on Monday has been identified as Abdul Mailk. He worked for Skyline Yellow Cab and leaves behind a wife and daughter.

Authorities said Dosouqui is a suspect in the second homicide and they are trying to determine if there is a connection with the first homicide.

RELATED: Family of man whose body was found in San Mateo County says he was hardworking cab driver

Skyline Boulevard between Swett Road and Reids Roost remains closed for the investigation until further notice.

#UPDATE Both San Mateo Co. homicides on Skyline Blvd. happened within close proximity of each other, and
both victims died from multiple stab wounds. Investigators are actively looking into a connection @abc7newsbayarea pic.twitter.com/W1MrVdqm33

#HAPPENINGNOW deputies are investigating a second homicide on Skyline Blvd. A body was found Monday night and now another last night @abc7newsbayarea pic.twitter.com/Wvg6CmGQz6

Deputies say they do have a suspect in custody for the 2nd homicide. It’s possible the suspect is related to the 1st homicide. Both bodies were located on Skyline Blvd in San Mateo Co. @abc7newsbayarea pic.twitter.com/hxFffOjbxu