Police made dozens of arrests during Thursday night's Battle of the Bay at Levi's Stadium.

SANTA CLARA, Calif. (KGO) -- Police made dozens of arrests during Thursday night's "Battle of the Bay" at Levi's Stadium. Most were mainly for public intoxication, but one incident in particular is making the rounds on social media after video surfaced of two 49ers fans fighting during the game, despite their team's dominating performance against the Raiders.

"We want to just come and watch our teams have fun and support each other," said 49ers fan Avery Keys, who was among those puzzled by the behavior. "There's going to be a lot of trash talking, but at the end of the day, we're all here for one common goal and that's to support our team and root them on."

Steve Gonzalez Guardado, 31, was arrested for felony assault and booked at the Santa Clara County jail.

Santa Clara police say they were able to identify and locate him before he was able to exit the stadium. Law enforcement had been monitoring social media throughout the game, saw the video, and was able to send out a picture and description for personnel to be on the lookout.

"To identify the person and apprehend them is just fantastic work, and it's the type of luck we have continuously have at the stadium, given the stadium's technology, and the security personnel," said Capt. Wahid Kazem, spokesperson for the Santa Clara Police Department.

Fighting at sporting events isn't anything new, but many hope the violence doesn't escalate to levels we've seen in the past.

"People can get very quickly into camps, us versus them, and I think there's more and more of that in our culture today," said Dr. Thomas Plante, a psychology professor at Santa Clara University.

Overall, police made 32 arrests, mainly for public intoxication. Although it's the highest amount of arrests at Levi's since the start of 2017, police considered last night a win given the historically-heated rivalry between the 49ers and the Raiders.

"When you look at an entire stadium, I think the people that act that way, it's usually like 1 percent of the crowd," said 49ers head coach Kyle Shanahan.

More than 800 cameras at Levi's monitored the action, along with extra security and undercover police officers.

Eagles vs. Chiefs: Kelce brothers will meet in Super Bowl 57 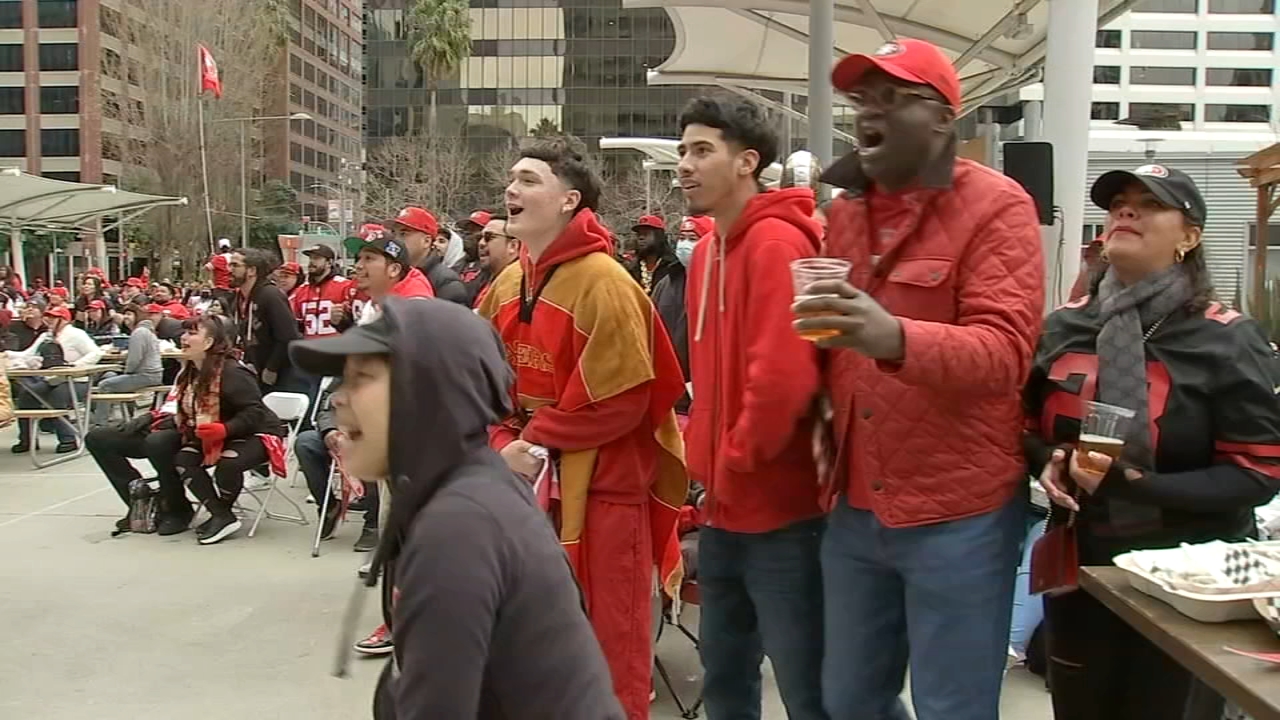 Hundreds show up for 49ers vs. Eagles watch party in San Francisco