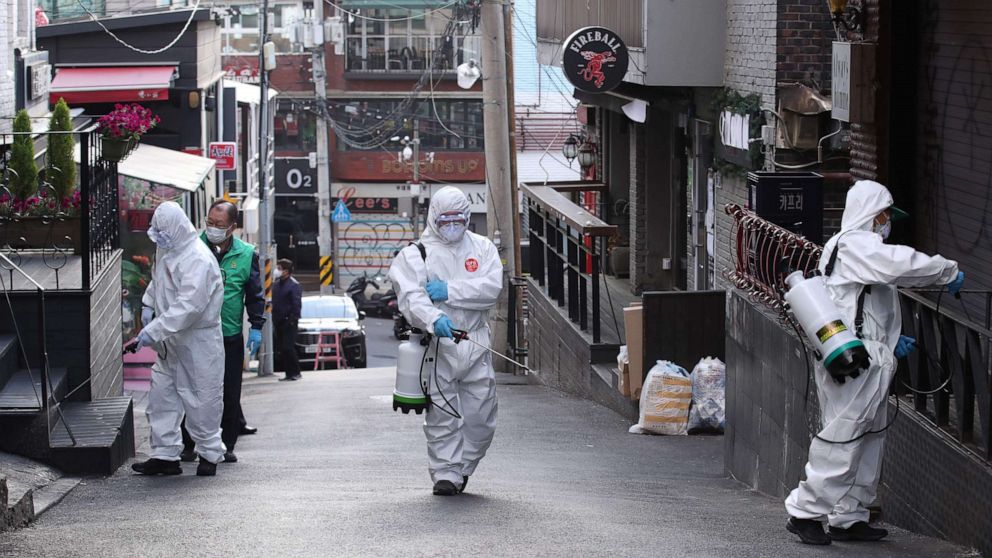 SEOUL, South Korea -- Seoul's Metropolitan Government is going all out to trace clubbers at risk of contracting COVID-19.

The police task force team of 8,559 members are checking phone records, credit card bills, and even CCTV records to identify individuals who were present in a popular nightlife area, Itaewon, during April 24 to May 6. Health authorities are strongly urging those citizens, mostly in their 20s and 30s, to come forward and get tested at their nearest testing center.

Twenty-one new cases related to Itaewon were confirmed on Tuesday and a total of 102 cases are of those who were at the clubs and bars or who were in contact with them so far, according to Korean CDC.

South Korea had eased restrictions last Wednesday allowing public facilities to reopen after a number of confirmed cases had almost flattened to less than ten a day in the month of May. But this sudden spike among the younger generation is sending warning signs that lifting quarantine measures may have been too soon.

Seoul officials secured a list of 10,905 visitors from mobile operators who were present in the Itaewon area for over 30 minutes between April 24 to May 6 and pushed mobile text messages to them asking the owners of those phones to get tested. The city also tracked down credit card transactions of 494 people out of about one thousand who paid at the clubs and bars.

"Messages have already been sent to everyone, and it will be sent once more today afternoon. For those who have received the messages should visit the nearby health center or screening clinic soon for the testing," Park Won-soon, Mayor of Seoul Metropolitan Government said in a briefing.

Health authorities declared that no questions would be asked and all testing would be for free but a considerable number of club-goers are reluctant to come forward for fear of being stigmatized as the Itaewon area caters to a large LGBT community. "This is not a matter of being gay or not. This is a problem that arose unexpectedly to all young people. No one expected an outbreak. Even the government said it's okay to reopen the clubs after a two month break. It's just sad that we are being targeted by conservative media and social opinions as if we are the villains," David Kim, an LGBT activist at Sinnaneun Center told ABC News.

So far 10,300 testings have been done related to people who were at night clubs and bars or those who have been in contact with them.