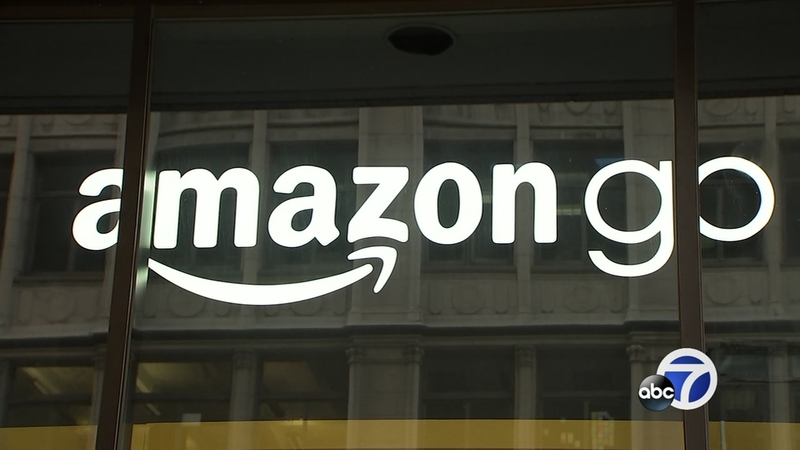 SAN FRANCISCO (KGO) -- The San Francisco Board of Supervisors have pulled the plug on a cashless society. Starting Friday, most brick and mortar businesses in San Francisco must take cash. The new law was passed three months back, but businesses were given time to come up with a way to take cash. Time is now running out.

Amazon Go was the first major cashless player in San Francisco. Today, you can still walk in swipe your phone app, get food and never stand in line, but you don't have to do that way.

7 On Your Side's Michael Finney checked Wednesday -- and that wasn't what he was told. He went to the Amazon Go store at 575 Market Street and was told cash was not accepted.

Finney's next stop was the Amazon Go store at 300 California Street. That store did accept cash -- and Michael bought a sandwich. It works like this: customers go in the store, where there are no signs saying they accept cash. But if a customer alerts an employee, the employee gets a cell phone with an app on it, and they let the customer into the store with that app. The customer shops at their leisure. Then, when they have their items, the store has a little area off to the left where they can pay.

It is easy, the staff friendly, but Michael Finney saw no signs saying cash is accepted.

Supervisor Vallie Brown introduced the legislation and is keeping track of how it is being implemented.

"I would have loved for them to do some kind of marketing campaign saying they take cash now," Brown told Finney. "Maybe we should reach out to them and let them know that."

Another big cashless player nationwide is sweetgreen, a restaurant chain.

In San Francisco on Second Street, the sweetgreen has posted its cashless policy for months. Today, Michael Finney went back and found the same sign. He went inside and asked at the counter if cash was accepted and was told, "No." 7 On Your Side has reached out to sweetgreen, but have not yet spoken to anyone at the headquarters.

Starting Friday, stores and restaurants can be fined for not accepting cash. Fines start at a hundred dollars and go up to $1,000.

"So it could cost you quit a bit of money not to just do something as simple and humane as take cash," Brown says.

Once the law is in effect, every time you find a store not accepting cash, please let 7 On Your Side know about it. Next week, Supervisor Brown and Michael Finney will take a walk around the city and talk to those who are not in compliance. There are a couple of exceptions to the rules: Food trucks, pop-ups and professional services like medical offices can reject cash payments.