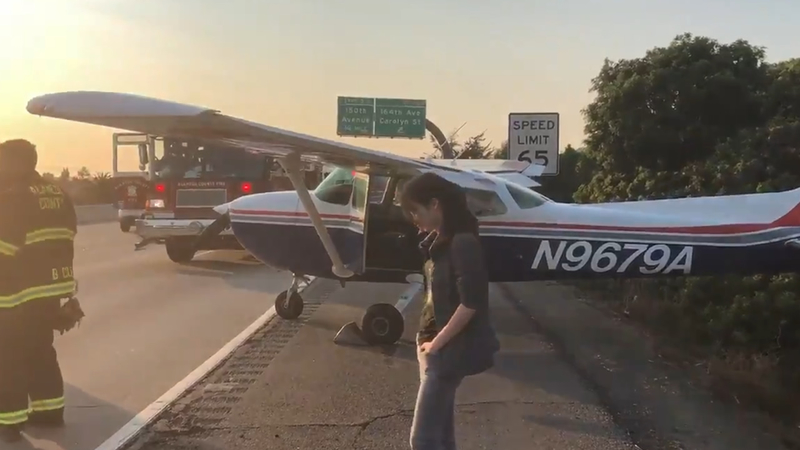 "It's just crazy to see something like this. It's just unbelievable," said witness Rob Castro.

The Alameda County Fire Department tweeted this video of the plane:

The agency released aerial footage of the aircraft near the right lanes.

"Not every day, it's a first in my career," Novosel said. "You know, I've seen it across the state, but the first I know of in the Bay Area."

The plane is registered in Reno, Nevada, according to the Federal Aviation Administration.

It was on its way from Lake Tahoe to Hayward. The two inside the plane walked away without any injuries and no one was hurt. There was also no damage to surrounding structures, including the freeway or the plane.

But of course, the Saturday evening commute through Ashland was snarled as crews worked to remove the aircraft from the interstate.