Some are wondering whether construction in the area contributed to a deadly train accident that killed a mother and her toddler in San Leandro Tuesday.

SAN LEANDRO, Calif. (KGO) -- New questions are being raised about the deadly train accident that killed a mother and her toddler in San Leandro Tuesday.

Some are wondering whether construction in the area contributed to the accident on Washington Avenue.

Police caution is it is never safe to stop on train tracks, but there was construction in the area where PG&E crews were inspecting a gas pipeline.

Some are worried that created an unusual traffic backup that may have contributed to Tuesday's deadly accident. "We're all going there someday, but it wasn't their time," one man said.

Less than 24 hours after two of his family members were killed, Juan Colmenero returned to grieve and wonder, if somehow this could have been prevented. "They should have more security right here on these tracks because people come and go, it's devastating," Colmenero said.

Vanessa Henriquez, 30, and her daughter Saidy Henriquez, 3, were killed when an Amtrak train plowed into their SUV on Washington Avenue.

A PG&E crew was working in the area and had signs out funneling traffic down to one lane, just past the train crossing.

Henriquez' SUV was backed up in traffic, it's front end was apparently on the tracks when the crossing gates lowered and the train approached. "There were cars on the track and all the way up to the light," Lilla Magee said.

Magee had driven south on Washington Avenue and was stopped in nearly the same spot just two hours earlier. "Honestly, before this crash even, I just had this feeling like this is bad. You really have to be on your toes to not get caught on the tracks," she said.

PG&E offered condolences to the Henriquez family and issued a statement saying: "While the incident is currently under investigation by local authorities, at this point, this incident doesn't appear to be directly related to any pG&E work in the area." 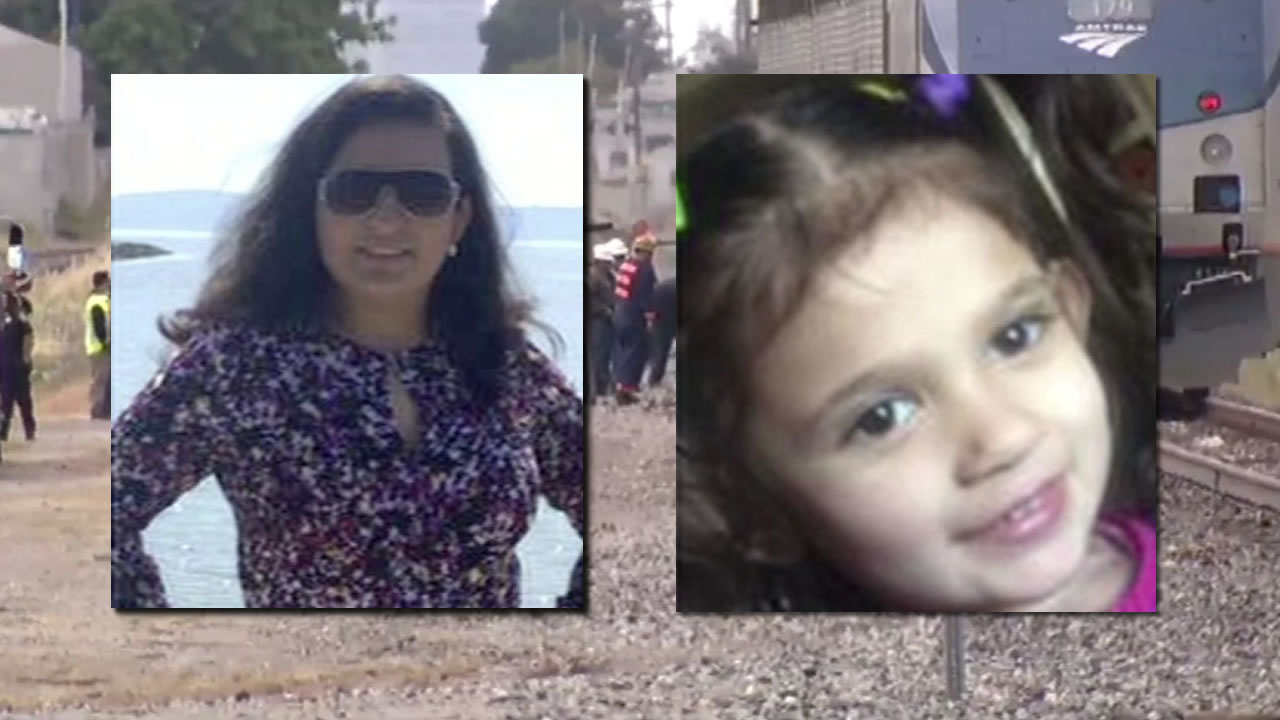