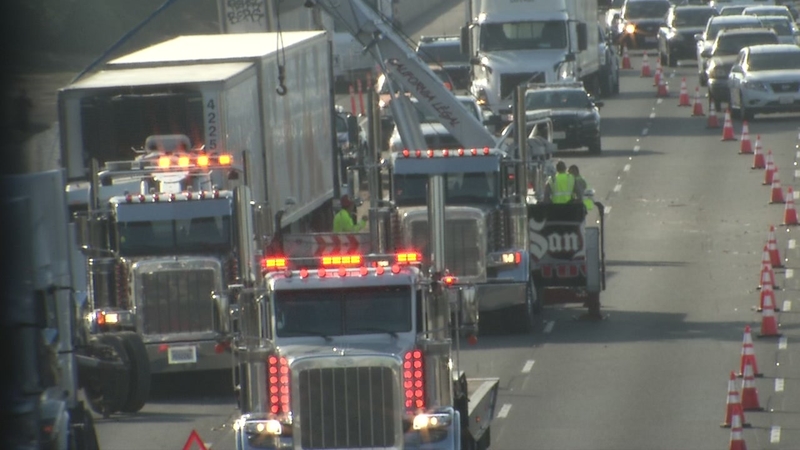 The crash was reported at 5:27 a.m., and two lanes were blocked at that time.

The crash involved a Safeway big-rig and a Honda, the CHP said. About 40 gallons of oil gushed out of the truck down an embankment, according to the CHP.