Biden: 90% of adults will be COVID vaccine-eligible in three weeks 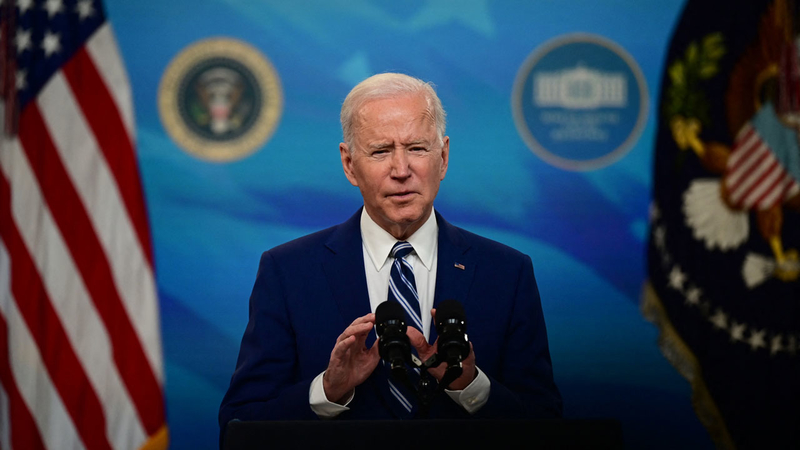 Biden: 90% of adults will be COVID vaccine-eligible in 3 weeks

WASHINGTON -- President Joe Biden announced on Monday that 90% of adults will be eligible to get a coronavirus vaccine within the next three weeks as well as have a vaccination site within five miles of where they live.

"For the vast, vast majority of adults, you won't have to wait until May 1. You'll be eligible for your shot on April 19," Biden said. The President previously said he was directing states to open eligibility to all adult Americans by May 1.

Biden said the US would increase the number of pharmacies participating in the federal pharmacy vaccination program from the current 17,000 locations to 40,000. He also announced a record 33 million doses of Covid-19 vaccines will be made available to vaccination sites this week.

President-elect Joe Biden on Dec. 8 promised to distribute a coronavirus vaccine to 100 million people during the first three months of his incoming administration, pledging "100 million shots in the first 100 days." He also pledged to promote masking and get kids back to school.

The administration will also establish a new transportation program in partnership with community organizations to get at-risk seniors and people with disabilities access to the vaccines.

The development on vaccine eligibility for American adults was first reported by Bloomberg News.

The President announced on March 11 that he would order states to open up vaccine eligibility to all US adults by May 1.

Monday's announcement will come hours after administration officials charged with the federal Covid-19 response expressed worry about the current trajectory of coronavirus cases around the country.

After announcing that the US has surpassed 30 million cases of Covid-19, Dr. Rochelle Walensky, director of the US Centers for Disease Control and Prevention, said in a virtual White House briefing on Monday she had a feeling of "impending doom," adding that "right now, I'm scared."

"Now is one of those times when I have to share the truth, and I have to hope and trust you will listen. I'm going to pause here. I'm going to lose the script, and I'm going to reflect on the recurring feeling I have of impending doom," Walensky said, appearing to tear up.