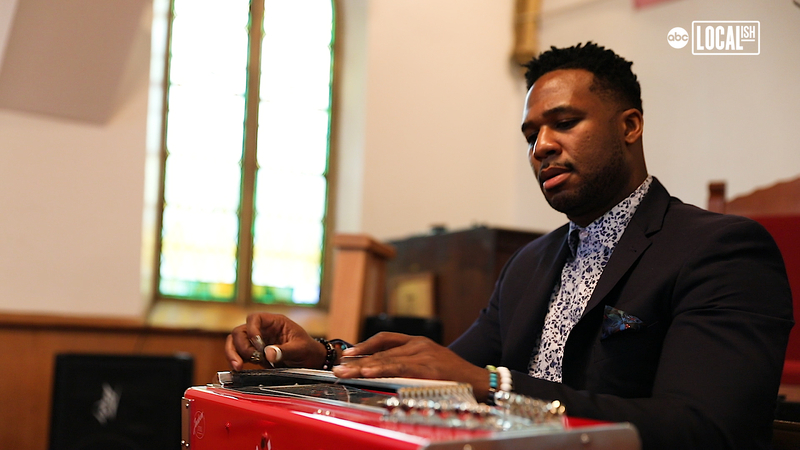 ORANGE, New Jersey -- In this one-room sanctuary on a suburban New Jersey street, a rock-and-roll icon was born.

It was in the House of God church in the '80s and '90s a young Robert Randolph learned to play pedal steel guitar. Now 39, he's a six-time Grammy nominee, including a nod for his new album, "Brighter Days."

He's played with the likes of Eric Clapton and Dave Matthews Band. He was ranked 97 on Rolling Stone's list of the top 100 all-time guitarists. And he's never forgotten his roots.

"There was never a goal of going out and becoming this worldwide musician," Randolph says. "You strived to be only as good as those guys playing in this church."

"Our church is a unique black church," says Deacon Everette Randolph, Robert's father. "Pedal steel is the main instrument in our church."

Pedal steel, also known as, "Sacred Steel," is a guitar that sits horizontally on four stands. A metal slide, held in the left hand, combined with foot pedals to hold notes, give the instrument it's unique, twangy sound. Robert's pedal steel guitar is a 12-string.
"Robert has the fastest hands, I think, of all the steel players I've ever seen," says Deacon Mike Randolph, Robert's uncle.

"I would catch the congregation from time to time just mesmerized by Robert. Instead of enjoying the Lord, they're caught up in Robert's music because it's just so beautiful."

Robert was discovered in 2000 at the first Sacred Steel Convention, a collection of pedal steel players in Florida. He met his first music manager there and went on to a successful career touring the world with his group The Family Band.

Robert Randolph and the Family Band play funky, soulful music inspired by groups like Earth, Wind & Fire and Sly & the Family Stone. There are elements of rock-and-roll, R&B, jazz, and of course, gospel.

"Gospel music is the most important music in the history of the world," Robert says. "But at the end of the day, it's music. We play music to make people feel better."
The connection between his musical style and his upbringing is a point of pride for the Randolph family.

"During Black History Month, it's a great thing to see a young black guy rise to the top and still keep his roots," his father says.