Beloved 'Bird Man' is a celebrity to people and animals 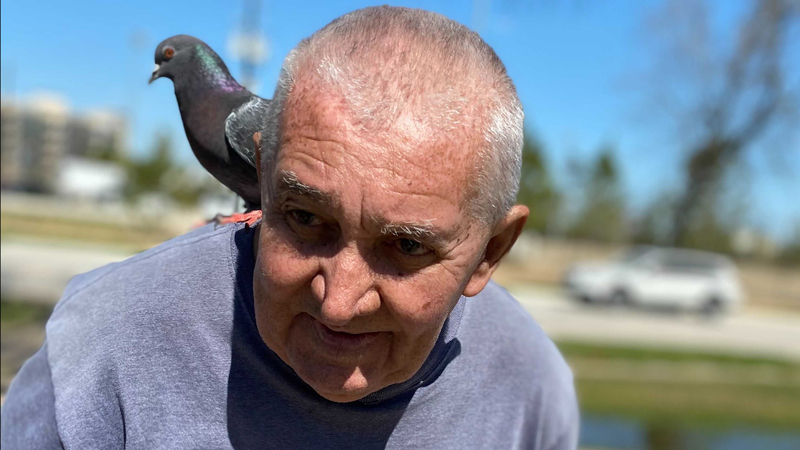 HOUSTON, TEXAS -- He's been called the Croatian Sensation, the Pied Piper of Memorial Park, even St. Francis of Assisi. But Bob Bunoza is most well known as the Bird Man.

He was born in Croatia, delivered in the hay and straw with the animals.

Bunoza first moved to New York when he came to the United States. But after realizing how expensive it was, he moved to Houston and got his dream home with covered parking and a swimming pool.

Bunoza first visited Memorial Park several decades ago to run, and started feeding the birds and squirrels. As his runs turned into jogs, then walks over the years, his feeding time got longer and longer. The animals in the park all know him now, and line up to greet him the second he arrives each day.

Fellow runners and joggers also know Bunoza, and join him to feed the birds and squirrels every day.

Bunoza said, "It used to be only me, now they're comfortable with everybody."