KGO
By Kumasi Aaron
OAKLAND, Calif. (KGO) -- Behind the door of an East Oakland storefront, something is cooking. And it's not just this seafood Shabriya Hill is planning to serve up to her customers.

"I've always been in the kitchen," Hill says.

Up until a few months ago, Shabriya was in her kitchen, selling plates of food to friends. But now, she's in a commercial kitchen, known as a Black Food Collective, as a new business owner.

"I've been getting a lot of catering inquiries," Hill says. "And I've been able to actually really build my business and my brand."

Black business owners like Hill can use the Black Food Collective space to host pop-ups to serve guests, or fill catering orders, all while getting support along the way.

"It's like a modern-day mecca of Black innovation happening right before our eyes," says Rashad Armstead.

He says he started the collective because he knows firsthand the struggles Black entrepreneurs face. Champion of "Chopped" Season 42, he owned two restaurants in Oakland but had to close them both because of issues with funding.

Marcus Books is the oldest independent Black bookstore in the country and it's right here in Oakland. Many businesses have been struggling during the coronavirus shutdown but Marcus Books has never been busier.

"As a Black business, typically, when we go into banks or institutions, they always under finance us to where we're not getting the money to fund a part of our business plan, we can't include having a salary in there to pay us and we can take care of our bills," Armstead explains.

A study by the Kauffman Foundation found Black entrepreneurs rely the most on personal credit cards as a form of outside credit to fund new companies or acquire existing ones.

It also found nearly six in 10 Black entrepreneurs who did not seek additional financing despite needing it did so because they thought the business would not be approved by a lender.

That's why the Black Food Collective has launched an Indigogo campaign to raise one million dollars to invest in 30 Black-owned businesses.

"I believe that every person I don't care who you come from, what race you are, what religion you are, you should have the opportunity to own a piece of equity in your community," Armstead says. "Especially when you create the culture in the community."

Armstead sees the collective helping chefs like Hill open restaurants and sell items in grocery stores. It's a vision she shares.

"I feel like this is only the beginning," Hill says.

Cooking up not just food, but a future of ownership and opportunity.

If you'd like to support the collective either by ordering food at a pop-up or donating to its funding campaign, visit Black Food Collective's website here. 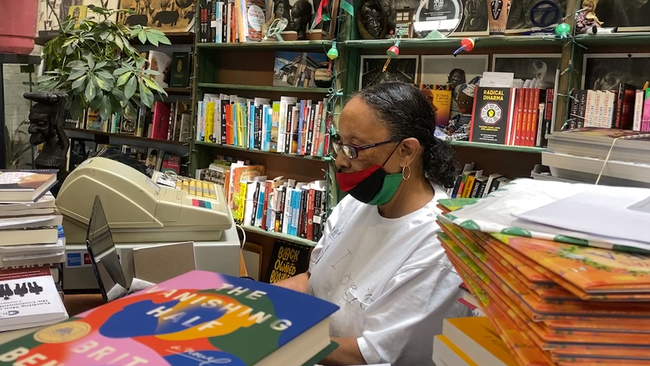 Being mixed-race in America: Experts explain the meaning of identity
Are you biased? Hint: We all are
More Videos
From CNN Newsource affiliates
TOP STORIES