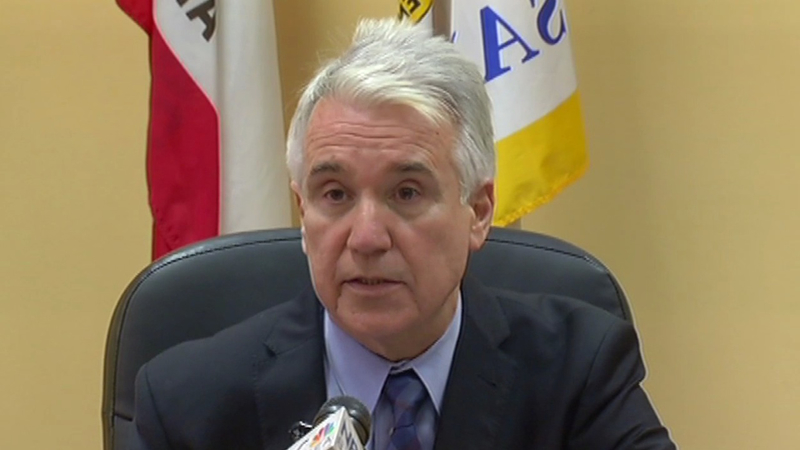 SAN FRANCISCO (KGO) -- Uber is facing serious allegations. San Francisco District Attorney George Gascon says rapists, kidnappers, and killers are driving some people to their destinations. If the allegations against the company are true, it's frightening to think about who you're trusting behind the wheel with your life in their hands.

Gascon and his counterpart in Los Angeles filed a civil complaint against Uber last December. That complaint said Uber was misleading passengers about its driver's backgrounds. This new document actually lists the criminal backgrounds of dozens of its drivers. Most from Los Angeles, but some from San Francisco.

What's more, Gascon says many former sex offenders won't show up on its system at all.

"Approximately 30,000 registered sex offenders do not appear on the public registry available to identify sex offenders," he said.

According to the DA, Uber's system has big gaping holes.

"The background process cannot tell if someone was convicted of a serious crime that was more than seven years ago," he said.

Taxi drivers in San Francisco and most other cities undergo checks using their fingerprints. It's a process that Gascon says Uber does not do.

"If you have a fingerprint background, the fact that they were arrested and convicted would show," he said.

"The system that we've put into place, we believe, is extensive and detailed," said Uber spokesperson Nairi Hourdajian.

She points to this as an example, "Over 1,000 taxi and delivery drivers have failed Uber's background checks system as sex offenders and violent criminals," Hourdajian said.

And Uber says the reality is, "No background check process is 100 percent foolproof," Hourdajian said. "And we have had good discussions with the district attorneys and we respectfully disagree at this point."