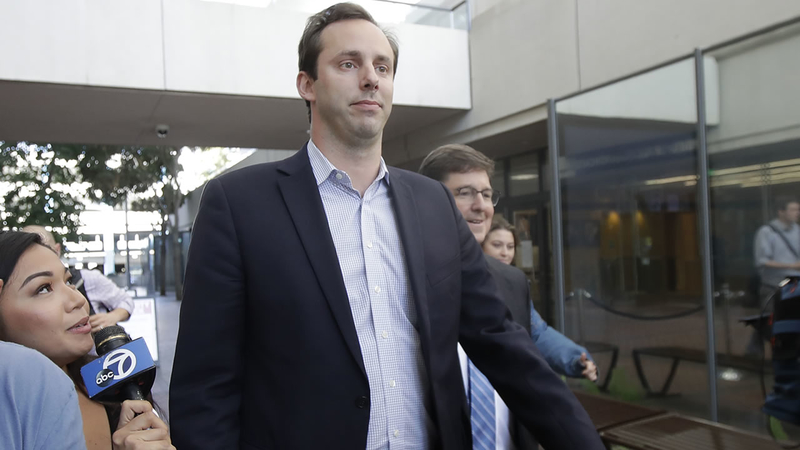 SAN JOSE, Calif. (KGO) -- To many in tech, the trade secret theft charges against former Google engineer Anthony Levandowski were not a surprise. They follow a civil case that settled last year over trade secrets, in which Levandowski refused to testify.

The ABC7 News I-Team has been digging into the 39-year-old's background.

Industry expert and author Ed Niedermeyer says Levandowski is a major figure in self-driving car technology: "He was a pioneer and he was looked up to, especially by a lot of younger, more ambitious folks in the business."

Levandowski was a defendant in recent lawsuits over trade secrets. And Niedermyer says the case announced in San Jose sends a message that the feds are willing to step in.

"And I think that's a message that will probably reverberate with a number of companies because we kind of had this gold rush, if you will, around self-driving car technology," Niedermeyer told the I-Team. "I think this is a shot across the bow to say that, you know, you don't want to step over these lines."

ABC7 first interviewed Levandowski in 2004. He was a Cal graduate student building an autonomous motorcycle for a competition with a $1 million prize.

"Victory is very important to us. We want to win. However, we realize that the amount of engineering work that we're sort of taking on is tremendous."

He worked on that project for two years, and it led to a job at Google in April 2007, where Levandowski became co-founder and technical lead on the self-driving car project known as "Waymo."

The criminal indictment released Tuesday says that, while still at Google, Levandowski started a side company for autonomous trucks that would become "Otto."

After he resigned from Google without notice in January 2016, Uber acquired Otto and hired Levandowski. Google then sued Uber, accusing the company and Levandowski of stealing trade secrets for self-driving cars. The case settled in 2018 -- Uber agreed to pay Google $245 million in equity. Levandowski refused to testify in the case, pleading the fifth.

Before the charges Tuesday, Levandowski started yet another company for self-driving trucks called "Pronto."

In April, he spoke with TechCrunch about his long road in the autonomous vehicle industry: "After leaving Uber, I spent many nights wandering the streets of Berkeley, thinking through what's next and why it hasn't really happened yet."

On Tuesday, Pronto removed Levandowski as CEO and removed his name from the company website.

The FBI says Levandowski is from Marin County, but a search found his current address is Napa -- it appears to be his parents home. He also had a state tax lien this year for '$271,000.

The I-Team left a message at his parents' home and did not hear back. We'll be watching the court file in this case and will be back when the news warrants.