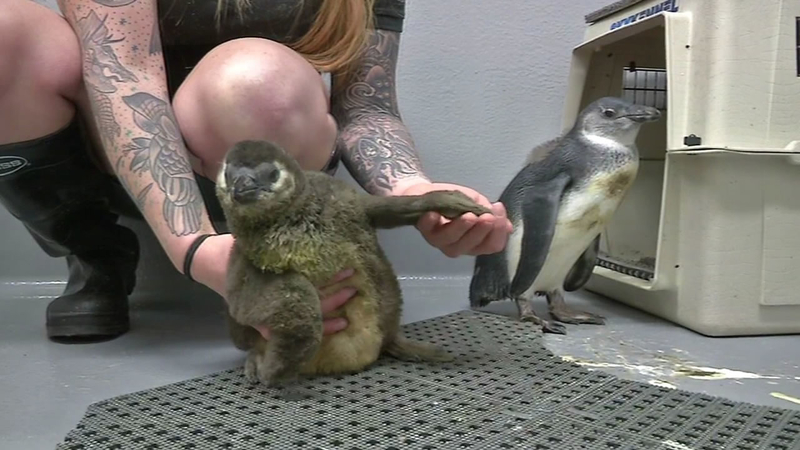 SAN FRANCISCO (KGO) -- Three new penguin chicks are about to make their public debut at the California Academy of Sciences in San Francisco.

The penguin parents are bringing up their baby at the California Academy of Sciences in Golden Gate Park. This newly renovated exhibit is one of the Academy's most popular exhibits and has had great success with breeding. 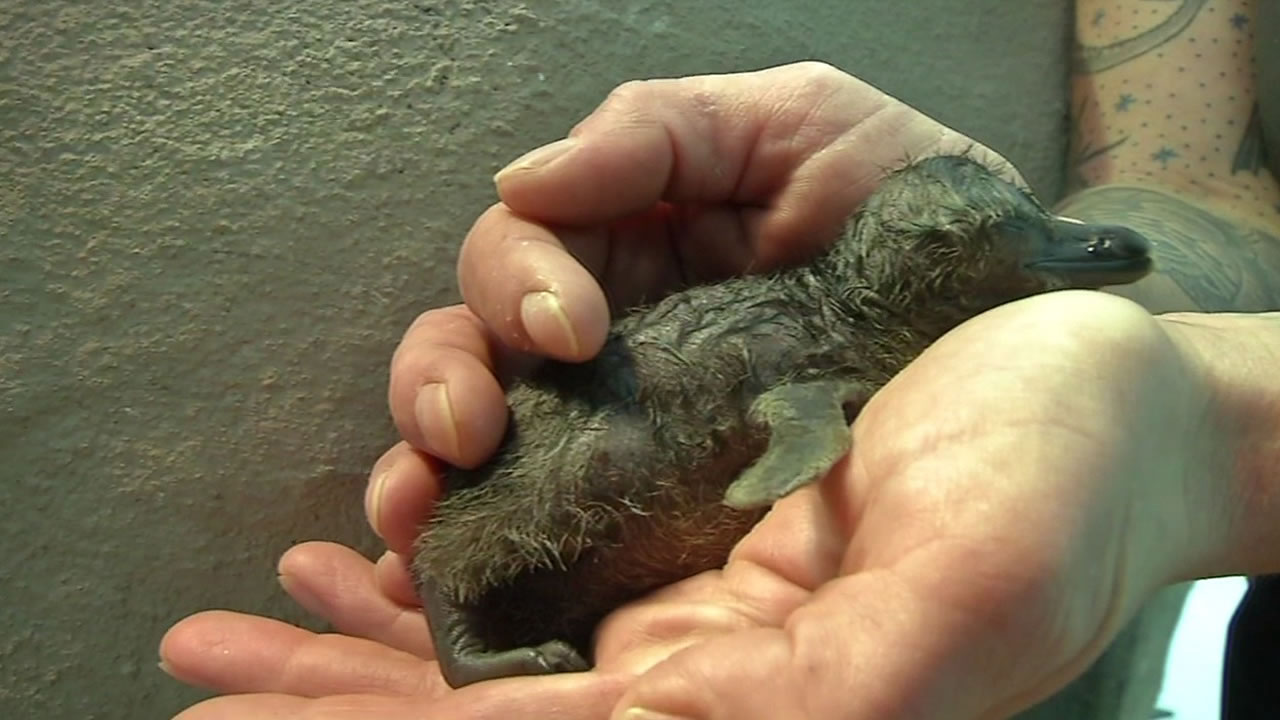 PHOTOS: 3 African penguin chicks to make debut in SF
Three new penguin chicks are about to make their public debut at the California Academy of Sciences in San Francisco.

Six weeks after we first saw the new chick, we returned for a progress report from penguin keeper Crystal Crimbchin.

"He's doing great," Crimbchin said. "You can see he's gained a lot of weight since the last time you saw him."

The chick is actually the third born at the museum since November. The other two are a few weeks older and already have most of their swimming feathers.

The youngest is still covered with down.

"You can see that their wings are still very floppy, not ready for swimming like hers are," Crimbshin said.

The chicks are African penguins, an endangered species. The Academy has been breeding them for more than twenty years in cooperation with other scientific institutions and zoos.

When the chicks are old enough they'll be moved to other colonies to make sure there's no inbreeding.

"We want to make sure we have a genetically diverse collection of African Penguins in captivity 50 to 100 years from now," Vikki McCloskey, assistant curator said.

Academy biologists are also part of the effort to help penguins survive in the wild. They recently traveled to South Africa where the penguin population has dropped 70 percent since 2001.

An Academy video shows the massive effort to rescue hundreds of chicks abandoned by their parents because there's not enough food during certain seasons.

"It is a stop gap measure right now, we have to figure out the bigger picture," McCloskey said.

The rescued chicks must all be hand fed.

Scientists are working to figure out what's going wrong with the penguin's natural food supply. In the meantime, research shows the rescued chicks do well if they're hand fed until they're old enough to fish for themselves in the wild.

"The release is my favorite part because you get to see all the birds I worked with the entire time go back out into the wild," Crimbchin said.

It's a great moment for the people, but some of the birds are not so sure. Eventually though they all get the idea and head out to sea to help insure the survival of their species.

The three new chicks who have been living behind the scenes will join the penguin exhibit next week on March 11 and the public will get to vote on their names.

Updates on penguin chicks' debut will be posted on the California Academy of Sciences Facebook page.