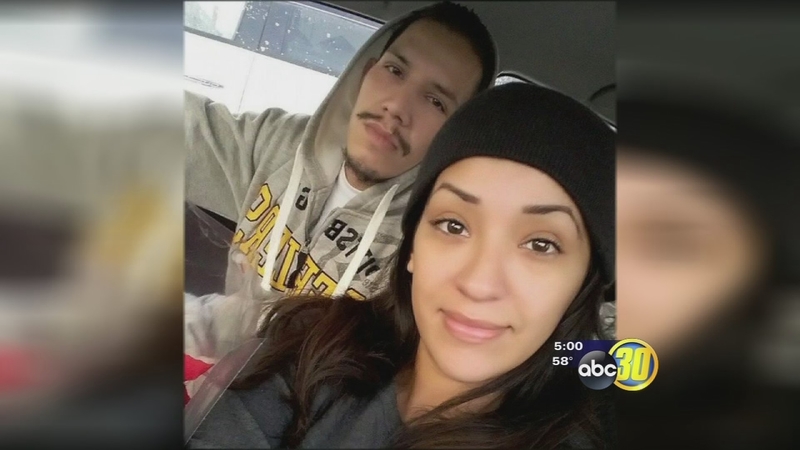 KINGSBURG, Calif. -- Matthew and Sharnae Cuellar along with their three daughters were on their way home Thursday when they were killed in a crash on a country road.

Matthew just turned 26 earlier this month and Sharnae was looking forward to celebrating her 26th birthday the day after Christmas. The couple leaves behind three little girls.

Five-year-old Angelina has a major head injury and has undergone several surgeries. She doesn't know yet that her parents were both killed instantly in the crash.

The Cuellar family was having a wonderful holiday season until Thursday night when Stephanie Cuellar-Arthur heard her son, his wife, and their three children were involved in a deadly crash.

"The past hours have been, I can't even explain," she said. "How my heart is just torn and broken."

Just last weekend, Stephanie celebrated Christmas with the family. Sharnae spoke to her mother-in-law hours before her life would end to let her know a playground set she ordered for the kids had arrived.

"She told me she was going to get back to me and I never heard from her. I just figured, you know, she's like, I have to go pick up Matt in a little bit so she said I will have Matt call you," said Stephanie.

Matt never called. His mother was notified by text message that the family was involved in a crash. She drove straight to Fresno from her home in Placerville. She always warned her son about the dangers of country roads.

Sharnae had just picked up Matt from his job at Harris Ranch where he was a meat packer. The whole family was in the car when California Highway Patrol Officers said a white Chevy pickup traveling at an unknown speed crossed over the center median into the eastbound lane and slammed into the Civic.

According the CHP, the driver of the pickup may have been under the influence of drugs at the time of the crash.

Another passenger in the car, Sharnae's cousin, also survived the crash.

The focus now is making sure the couple's daughters are taken care of. While their sister remains in critical condition and has a long journey ahead, 3-year-old Ava and 2-year-old Neveah sustained only minor injuries in the crash

"She had brain surgery last night, where they released the pressure in her brain and put some tubes in," said Stephanie. "She also had facial reconstruction on her face as well."