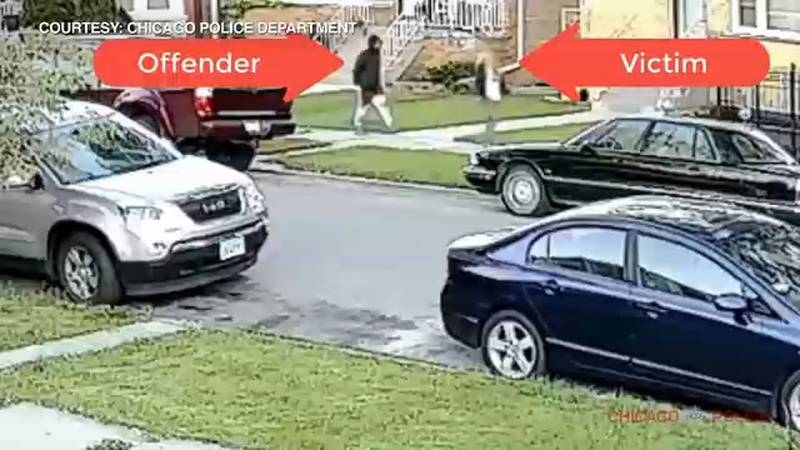 CHICAGO -- Chicago police said an 18-year-old man is charged with murder for allegedly killing a woman after finding out she was transgender.

Police said Orlando Perez met up with 37-year-old Selena Reyes-Hernandez in the 3300-block of West 71st Street around 5:30 a.m. on May 31. They walked back to Reyes-Hernandez's basement apartment in a building where other members of her family also lived.

Police said when Perez realized Reyes-Hernandez was transgender, he became upset and left the residence.

"The offender became very upset. He left the residence. He became more upset, and that's when he came back to the residence, and then he brutally murdered the victim in this case," said CPD Chief of Detectives Brendan Deenihan.

Perez shot Reyes-Hernandez multiple times in the back and head. Prosecutors say he also returned to the apartment a third time, again opening fire on the victim's lifeless body.

Police said the victim's family members heard loud noises and tried to get in touch with her, but when their texts went unanswered they went downstairs and discovered her body. They immediately called police.

Police said after downloading more than two dozen private surveillance videos they were able to obtain an initial description of the shooter, which prosecutors said matched an image of Perez on Reyes-Hernandez's cellphone.

Perez, who also lives in Marquette Park, was arrested Sunday. Prosecutors said he confessed to the murder after his arrest.

At his home were the apparent clothes he'd been wearing during the murder, and a gun that authorities say has the same type of bullets used in the shooting.

His arrest came the same day thousands marched in Boystown to demand justice and raise awareness about violence against the transgender community.

"We can't protect ourselves alone. We need the entire community to come together," said Myles Brady Davis, Equality Illinois.

Black and Brown Trans lives matter. Selena Reyes-Hernandez's life matters. The lives of countless other murdered Trans women matter. Being outraged is not enough. We must fight and fight hard to keep our Trans community protected and demand their attackers are brought to justice. https://t.co/S0Ruv5wGpv